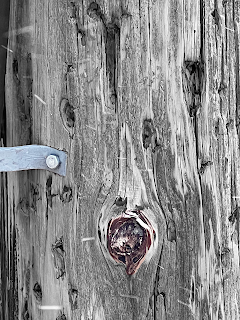 The simplicity of "this" defies explanation. Yet, imagination

bursts forth explaining and interpreting. Poetic or scientific,

with naive simplicity..with "this." This is tossed around in the

cage of separation, as yet another failing word, in capturing

what must and will be satisfying. The loop is thus complete..

beautiful words and attempts take their place of perfection

(Thanks to Miranda Warren for her "Nonduality Nugget" below!)

Quote of the Imaginary Moment by Noah Won
You can make it sound complicated, like some philosophical treatise, or you can get all mystical and make it about some rare knowledge or else say it’s nothing, you’re not there, and sound a bit obscure, or you can take a scientific approach, and I guess Nisargadatta supposedly said to talk in the language that will make the most sense to your listeners, though I don’t see a lot of that.
But really, it’s just talking about what is, what appears, if you strip away the usual mental filters that interpret life. When they say “it’s just this,” problematic as some may say that is, because you can always go "and what is ‘this’?" and yeah, there is no ‘this,’ but that’s as good a pointer as you’ll get. If you listen to anyone talking about this, and you remove all the lingo and buzzwords, all they’re saying is that life as it appears is all there is, no additives needed.
That’s about it, but maybe that’s too simple to keep the audience in the seats. So let’s break for lunch and I’ll tell you all about how this is nothing being everything using the latest findings in quantum mechanics, referencing sages old and new, and drawing upon the collected works of Dr. Suess.
---Noah Won, transcribed by Lucille S.
Posted by Charles Coon at 10:59 AM