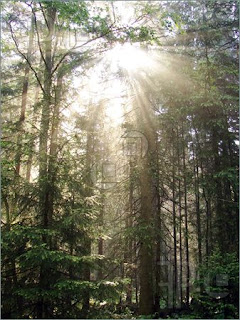 A Day in the Forest

by Charles Coon
Green forest aglow
Shafts breaking through
dark canopy openings
A friend's lucid journey
of growth and compassion
described to me.
Her forest disturbed
by curtains of vines
Voices calling
and whispered warnings
no-return with your entry
A troubled choosing
departing forest beauty
tinged with joy
and light but
Without hesitation
her decision most clear
quickly parting the vines
A painful sharp sting
unnoticed in passage
Her heart somehow knew
the call of compassion
meant growth and arrival
enchanting sun beauty
green forest aglow
a curtain
and light.

(With thanks to "a friend"
for her collaboration!)


Posted by Charles Coon at 8:58 AM No comments: 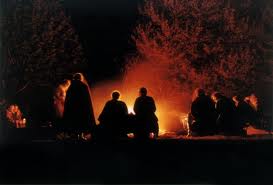 Posted by Charles Coon at 7:59 PM No comments: 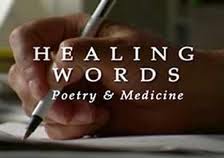 Forgiveness is a heartache, a giving away, and ultimately the refusal to be possessive about the original wound; it is the act of letting the wound have its own life so that it can heal, mostly by re-imagining itself, and not by our telling the story again and again from the point of the one who carries the hurt.

Forgiveness is a heartache and difficult to achieve because strangely, it not only refuses to eliminate the original wound, but actually draws us closer to its source. To approach forgiveness is to close in on the nature of the hurt itself, the only remedy being, as we approach its raw center, to re-imagine our relation to it.

It may be that the part of us that was struck and hurt can never forgive, and that strangely, forgive- ness never arises from the part of us that was actually wounded. The wounded self may be the part of us incapable of forgetting, and perhaps, not actually meant to forget, as if, like the foundational dynamics of the physiological immune system our psychological defenses must remember and organize against any future attacks – after all, the identity of the one who must forgive is actually founded on the very fact of having being wounded.

Stranger still, it is that wounded, branded, un-forgetting part of us that eventually makes forgiveness an act of compassion rather than one of simple forgetting. To forgive is to assume a larger identity than the person who was first hurt, to mature and bring to fruition an identity that can put its arm, not only around the afflicted one within but also around the memories seared within us by the original blow and through a kind of psychological virtuosity, extend our understanding to the one who first delivered it.

Forgiveness is a skill, a way of preserving clarity, sanity and generosity in an individual life, a beautiful way of shaping the mind to a future we want for ourselves; an admittance that if forgiveness comes through understanding, and if understanding is just a matter of time and application then we might as well begin forgiving right at the beginning of any drama rather than put ourselves through the full cycle of festering, incapacitation, reluctant healing and eventual blessing.

To forgive is to put oneself in a larger gravitational field of experience than the one that first seemed to hurt us. We re-imagine ourselves in the light of our maturity and we re-imagine the past in the
light of our new identity, allowing ourselves to be gifted by a story larger than the story that first hurt us and left us bereft.

At the end of life, the wish to be forgiven is ultimately the chief desire of almost every human being. In refusing to wait; in extending forgiveness to others now; we begin the long journey of becoming the person who will be large enough, able enough and generous enough to receive, at the very end, that absolution ourselves.
Posted by Charles Coon at 5:18 PM 2 comments:

“Give up defining yourself - to yourself or to others. You won't die. You will come to life. And don't be concerned with how others define you. When they define you, they are limiting themselves, so it's their problem. Whenever you interact with people, don't be there primarily as a function or a role, but as the field of conscious Presence. You can only lose something that you have, but you cannot lose something that you are.”

― Eckhart Tolle, A New Earth: Awakening to Your Life's Purpose

The problem with "defining" is a polarity problem!  It is a failure to recognize that someone is being defined without an awareness of a spiritual dimension.  If the polarity is recognized a more authentic portrait can be drawn.
Posted by Charles Coon at 5:44 PM No comments: 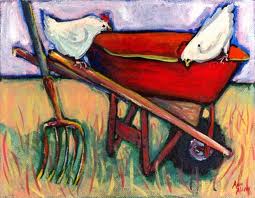 so much depends
upon

beside the white
chickens.
Posted by Charles Coon at 8:29 PM 1 comment: