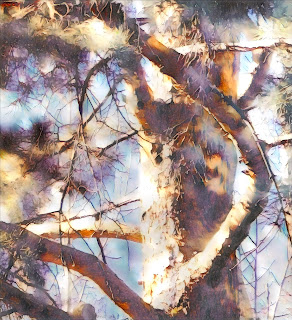 “The ego, and the death it has convinced you is your greatest fear, is only a tired tape recording in an empty room –“

“It is only when 'this - 'this so-called 'reality' is completely understood to be dreamlike illusion that what is 'not-this will, at the same time, be seen to be What Is.

Void, then, is not your enemy, but your true Self; and it is the function of the nonexistent. false sense of individual self to hide this from you. The fear and avoidance is seen to be misplaced; in fact it is now impossible; it disappears, and the heart turns from the illusion of 'this' and opens to What Is. Knowing that its true glory lies where it ceases to exist.

There is much to be said for dying now and not waiting until the body dies; things might be a little 'rushed' then, and one might find it hard to concentrate. Now, in the midst of what you take to be your life, there can be, if needed, a 'positive' practice of building up and strengthening the sense of individual self until it is strong enough to undergo the 'negative’ process of realizing that it is a sham, unreal after all, never did exist; and then perhaps it can be' let go, let die, let fall away'.

Then there can be a liberation from that ego that haunted and plagued us all our lives with fears of its own demise, for it turns out not to be anything real, nothing even to struggle against or try to defeat. The ego, and the death it has convinced you is your greatest fear, is only a tired tape recording in an empty room, which from outside you thought was a powerful and fearful enemy; but now the plug is pulled and the voice slurs to a stop.

This is what it is to 'die before you die;' to step through the gateless gate into Void, and to walk the universe alone.”