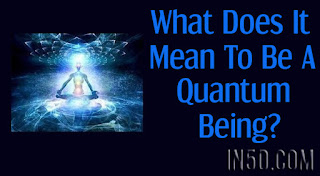 We don't seem to be able to let go
of our grasp on objectivity and
our persistent assumption of the
objective as independent reality..
Even so..the mind has imposed itself
with quantum puzzles which seem
to proclaim the subjective nature
of reality..
Placing Consciousness first and primary
requires a leap by the logical mind..
This leap awaits a consultation of
our experience to discover that
our assumed linear history very soon
must be transformed...!

What is quantum? What does it mean? How do we live it, become it, experience it consciously? Physics, spirituality, Einstein and Tesla, multiple dimensions, bubble theory, infinite choice and lifetimes…all have something to do with quantum, don’t they?

It helps to start with what we do know. We know linear. We are experiencing a linear existence in this lifetime. However nature has consistently shown itself to be cyclical. The imagery of spirals is everywhere, the Fibonacci sequence showing that the natural world is designed or has evolved on a cyclical template. The changing of seasons, rising and setting of the sun, movement of stars have set a cyclical clock on this dimensions experience of time.

The physicist Pascual Jordan, who worked with quantum guru Niels Bohr in Copenhagen in the 1920s, put it like this: "observations not only disturb what has to be measured, they produce it… We compel [a quantum particle] to assume a definite position." In other words, Jordan said, "we ourselves produce the results of measurements."

If that is so, objective reality seems to go out of the window.

It is as if nature "knows" not just if we are looking, but if we are planning to look.


(John Archibald) Wheeler even entertained the thought that the presence of living beings, which are capable of "noticing", has transformed what was previously a multitude of possible quantum pasts into one concrete history. In this sense, Wheeler said, we become participants in the evolution of the Universe since its very beginning. In his words, we live in a "participatory universe."

(Roger) Penrose first proposed that quantum effects feature in human cognition in his 1989 book The Emperor's New Mind. The idea is called Orch-OR, which is short for "orchestrated objective reduction". The phrase "objective reduction" means that, as Penrose believes, the collapse of quantum interference and superposition is a real, physical process, like the bursting of a bubble.

Quantum effects such as superposition are easily destroyed, because of a process called decoherence. This is caused by the interactions of a quantum object with its surrounding environment, through which the "quantumness" leaks away.

One particularly puzzling question is how our conscious minds can experience unique sensations, such as the colour red or the smell of frying bacon. With the exception of people with visual impairments, we all know what red is like, but we have no way to communicate the sensation and there is nothing in physics that tells us what it should be like.

Sensations like this are called "qualia". We perceive them as unified properties of the outside world, but in fact they are products of our consciousness – and that is hard to explain. Indeed, in 1995 philosopher David Chalmers dubbed it "the hard problem" of consciousness.