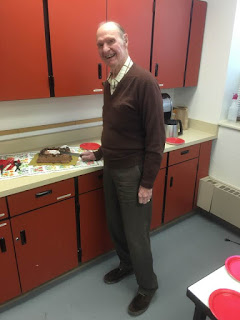 As this one dawns
it is colored with memories..
He was full of cheer
greeting us those mornings
with a love filtered
through the vastness
of his literary lens..
Faulkner and lesser others
echo through those years..
His rhyming verses
expressed grief and loss
of his lifetime partner
and of life's dark hours..
Yet much light was there
and we learned:
One reading is
never enough...!
~CC

(the death of a beloved teacher of literature..)

The day after his June 1945 graduation, he immediately married the love of his life, Audrey Meyer, and together they served in the U.S. Army Air Corps and then the U.S. Air Force for more than 31 years until his retirement in December 1976. During his career, he flew for 17 years as a pilot in twelve different aircraft, including the B-25, B-17, P-47, B-26, T-33, C-45, and C-47, his favorite – the Gooney Bird. His assignments included tours of duty in Austria, Germany, England, and Canada. He was a radiological officer during the Nevada nuclear tests in the early 1950s before attending the University of North Carolina, where he received his Master of Arts degree in English in 1957 and then joined the faculty of the USAF Academy at Lowry Air Force Base, Denver. He earned a Doctor of Philosophy degree in American Literature at Denver University in 1961, after which he and his family moved to the USAF Academy in Colorado Springs where he served as Professor and Head of the English Department from 1965 until his retirement. He then taught American Literature at UCCS as a part-time instructor from 1977 to 1985 and one year as a volunteer teacher at St. Mary's High School in 1986-1987. For the past 30 years, he also volunteered teaching American Literature at the Colorado Springs Senior Center.

A Memorial Service will be held at 10:00 AM, Monday, January 30, 2017, at Shrine of Remembrance "America the Beautiful" Chapel, 1730 East Fountain Boulevard, Colorado Springs, CO 80910. Following a procession to the USAFA, BG Gatlin will be interred with his wife with full military honors at a graveside service at noon, January 30, 2017 at the USAFA Cemetery.

In lieu of flowers, the family suggests any contributions be made to the Jesse Gatlin Memorial Fund, c/o Association of Graduates, USAF Academy, CO 80840.

His favorite teaching assignment
(no grades, papers to read)

Teaching was about Jesse along with the literature

We will all miss Fridays!
Wrote poem above on the Friday
after his death..