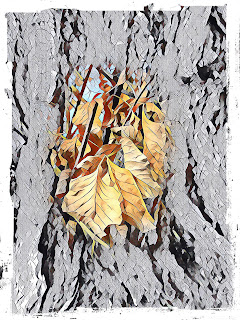 "ONLY AN OBJECT can suffer, but phenomenally subject and object, being one whole, spin like a coin so that the intervals between pile et face (heads and tails) are imperceptible. Consequently pain, or pleasure, appear to be continual. Noumenally, on the contrary, there is no object to suffer pain or pleasure. Noumenon is invulnerable, and cannot be otherwise. Noumenon is the un-manifested aspect of what we, sentient beings, are: Phenomenon is our manifestation. Therefore, manifested, we must suffer pain and pleasure; un-manifested, we cannot experience either. Both aspects are permanent and coeval, the one subject to time (which accompanies all manifestation, rendering the extension of events perceptible), the other—timeless. Noumenon—timeless, space-less, imperceptible being —is what we are: phenomena—temporal, finite, sensorially perceptible—are what we appear to be as separate objects. Phenomena, subject to time, are impermanent, illusory figments in consciousness, but they are nothing but noumenon in manifestation, in a dream context (one of several dream contexts—psychic conditions due to sleep, drugs, asphyxiation, etc.) Similarly noumenon is nothing; factually, demonstrably, cognisably (and therefore objectively) is nothing, that is, no thing, but—apart from—its manifestation as phenomena. That is the meaning of the 'mysterious' contradictions enunciated by the Sages: 'Form is nothing but void, void is nothing but form', 'Samsara is Nirvana, Nirvana is Samsara', 'Phenomena and Noumenon are one', etc., etc. That is why Huang-po can say: 'People neglect the reality of the "illusory" world.' —Wan Ling - 'On no account make a distinction between the Absolute and the sentient world.'