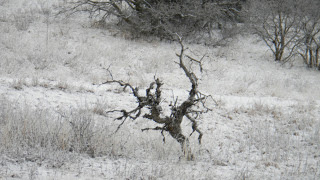 What do you find..?
Discomfort rampant
Freedom under lock and key
Passionate dark discourse
Desperation on borders
Spiritual aridity
Wonky and heady proposals..
That's enough..!
What of a new finding
Coming from simple
Recognition..
Recognizing that in which
All findings appear..
Simply that...


“Our deepest fear is not that we are inadequate. Our deepest fear is that we are powerful beyond measure. It is our light, not our darkness that most frightens us. We ask ourselves, 'Who am I to be brilliant, gorgeous, talented, fabulous?' Actually, who are you not to be? You are a child of God. Your playing small does not serve the world. There is nothing enlightened about shrinking so that other people won't feel insecure around you. We are all meant to shine, as children do. We were born to make manifest the glory of God that is within us. It's not just in some of us; it's in everyone. And as we let our own light shine, we unconsciously give other people permission to do the same. As we are liberated from our own fear, our presence automatically liberates others.”

― Marianne Williamson, A Return to Love: Reflections on the Principles of "A Course in Miracles"

"Look around at the world, look at what human beings are doing to each other and to their planet. If you were an alien species visiting earth, would you look at human beings and think, "Wow, what an intelligent species! I want to know about their ideas! We would like to have a civilization like theirs."? Would the alien think like that? No! The alien would think, "What is wrong with these people!? Look at the way they treat one another! Look at the way they treat their animals! Look at the way they treat their earth!" ... And they would start exploring the fundamental ideas that inform the way we behave and relate with one another. They would trace back to this belief that dead inert stuff called matter gives rise to consciousness and that each of us are separate, limited, enclosed within our bodies, so we are all separate from one another, separate fragments and everyone and everything 'out there' is all separate. They would trace back the way we treat each other and our animals and our planet to this original idea."
~~Rupert Spira

RS:  Does Consciousness Arise in the Brain? 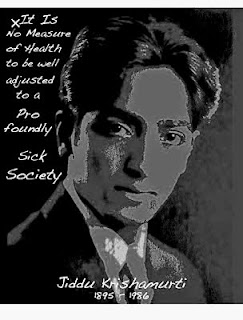 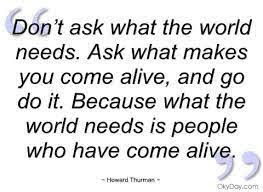 Savage Grace: Living Resiliently in the Dark Night of the Globe
by Andrew Harvey,  Carolyn Baker

In the boldest and most daring book either author has ever written, Andrew Harvey and Carolyn Baker confront us with the life and death reality of the global crisis and the fact that four crucial strategies must be employed not only to survive the dark night, but to inhabit our bodies and our lives with passionate authenticity, honesty, vigilance, community, compassion, and service. These strategies are Reconnection, Resistance, Resilience, and Regeneration. Deep and unprecedented reconnection with self, others, and Earth must be our mission, regardless of the outcome. Distinguishing between “problems” which have solutions and “predicaments” which can only be responded to, Harvey and Baker articulate precisely how we have arrived at this unprecedented juncture and offer strategies of resistance against the fundamental enemies of humanity and the Earth. Such a response demands of us something far deeper than what conventional religions and visions of activism call for--nothing less than living and acting from the Sacred Self, both without illusion and totally committed to compassion and justice even, if necessary, in hopeless situations.

Point of no Return...
https://www.truthdig.com/articles/the-united-states-has-passed-the-point-of-no-return/