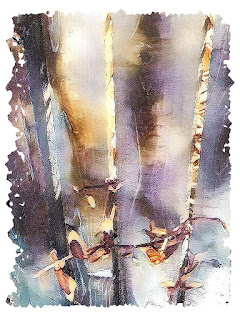 "Nothing is born but a thought believed, and nothing dies but that thought once realized, and eventually you come to understand that the thought was never born in the first place. I don’t see anyone as alive, since all beings are within me and are only as “I” see them to be.

If you think that bodies die, they die—in your world. In my world, bodies can’t be born anywhere but in the mind. How can what was never born die? That’s not possible, except in the imagination of the hypnotized, innocent believer.

All somethings are nothing, since they’re all imagined, and “nothing” is equal to “something.” Does anything matter? Yes, to the ego. But the fact that the ego believes it doesn’t make it real.

Once you realize that you’re no one, you’re thrilled that nothing matters. There’s so much freedom in that! The whole slate is wiped clean at every moment. It means that every new moment is a new beginning, where anything is possible. You also realize that the turnaround for that statement is equally true: everything matters. That’s just as thrilling as its opposite."

---Byron Katie, from her book “A Mind At Home With Itself”