Our primary assumption. (with Rupert Spira) 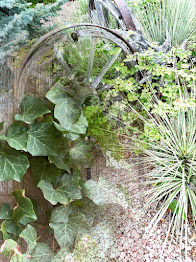 To our original Abundance

Which we accumulate in

The maskings of what is

Which we assume are what

We must know and accept..

Our entire world culture is founded on a single belief, the belief that there is a substance that exists outside of consciousness, called ‘matter’. Matter is believed to be the fundamental reality of all existence, and consciousness is believed to derive somehow from this substance of matter. Whether we realise it or not, almost all our thoughts, feelings, activities and relationships are founded upon this primary assumption.

Strangely, the idea of matter was invented a few thousand years ago, and we have been looking for it ever since. Scientists are still looking for it – they haven’t found it! Many scientists believe that it’s just a matter of a few more years and a few more million dollars until we eventually find this stuff called matter. And philosophers have been thinking about the nature of matter and its relation to consciousness for over two thousand years.