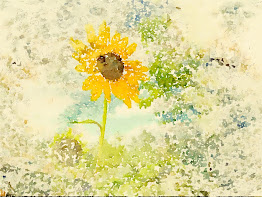 Living with the full

That is our purpose..

Our beliefs and assumptions

Which seem to claim our

Of the day before..we wait

Until clutter is recognized

Or liberation can happen, which is the realization that the seeker who wants to own that is also Oneness. And when that is realized, it is suddenly seen by no one that there is only Oneness, and then it’s all over.

Above is extracted from this:

Question: “So what you’re saying is that I can’t do anything, and that I have no responsibility?”

But the reality is: there is no one. That is something totally different.

Lots of so-called Advaita people just hate this message. They keep coming back to the argument that what I’m saying promotes laziness, that it’s a terrible, awful thing to say. They don’t comprehend what’s basically, fundamentally being said, and that is that there is no choice, there is no free will. There is no one. They totally and utterly still believe in the reality of individual choice. For them to hear that there is no one….it’s impossible for them to hear that. So they’ll go on arguing in duality.

On the other hand: I know of people who have come once and seen it totally. Others come to the meetings a few times, and then the whole idea of individuality simply disappears. It falls apart.

Awakenings are happening all over the place at this time. And what people say is that when it happens, they realize that it’s absolutely natural and ordinary. No big deal, in a sense. In another way, it’s absolutely wonderful.

Comment: You make a distinction between awakening and liberation.

Tony: We become separate and take on the thought “I am a separate person” from a very early age. And at that moment of separation, seeking starts. We seek for that which we think we’ve lost. And so we grow up in a world where we’re taught to endeavor and make our lives work, and then it is possible that we begin to look for something other than being successful in the world, and enlightenment is one of the things that we go for.

Tony: Right. And then we usually go to a teacher that teaches us that there’s still an individual with choice. Most teachings are like that. It’s very rare to find a teaching like this one, that is so radical. For me, the seeker is there, seeking, and then comes a moment when there is no seeker, there is no time, there is just Oneness. And that is not seen by the seeker, but is simply seen by no one. That, to me, is awakening. And forever after that there’s a totally different perception, but on a subtle level there’s still a person, there’s still a seeking going on, a wanting to know what has happened. The person comes back and wants to own what’s just happened. He doesn’t understand it. And so there’s a period of integration of what happened, and the person wants to own that. People can stay in that for the rest of their lives. Or liberation can happen, which is the realization that the seeker who wants to own that is also Oneness. And when that is realized, it is suddenly seen by no one that there is only Oneness, and then it’s all over.

In liberation there no longer is a sense of there being a separate individual. Liberation is the complete end of the sense of separation. But there’s still a body mind organism that has conditioned memories, and has responses and preferences. That’s aliveness. That goes on.

Comment: Isn’t there still a subtle duality present then, because on the one side there is ego-related anger, and on the other hand there’s something witnessing this.

Tony: No, it’s a total mystery. And of course it goes against most teachings, which teach that in enlightenment there is no anger, there is no thinking.

This is ignorance. This is an idea of what perfection should look like. In liberation, nothing is denied.

Tony: Everything is perfect, but it isn’t happening to anyone any longer.

Comment: When you’re a small child, there’s also no one to whom things happen.

Tony: No, just being.

Question: Do you think it’s a natural and unavoidable development that a child grows into this illusion of being an individual?