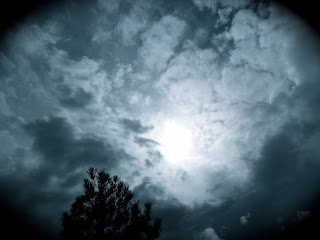 Scientists report on
Their experiences in
Quantum..
And they demonstrate the
Priority of perception in
Their surprising findings..
They find appearances
Corresponding to who
They are..Surprise..?
Yes..Unless we are attuned
To a new  Identity..
That when recognized
Knows only the appearance
Of things...

"Quantum objects present us with a choice of languages, but it’s too easily forgotten that this is precisely what it is: a struggle to formulate the right words, not a description of the reality behind them. Quantum objects are not sometimes particles and sometimes waves, like a football fan changing her team allegiance according to last week’s results. Quantum objects are what they are, and we have no reason to suppose that ‘what they are’ changes in any meaningful way depending on how we try to look at them. Rather, all we can say is that what we measure sometimes looks like what we would expect to see if we were measuring discrete little ball-like entities, while in other experiments it looks like the behavior expected of waves of the same kind as those of sound travelling in air, or that wrinkle and swell on the sea surface. So the phrase ‘wave–particle duality’ doesn’t really refer to quantum objects at all, but to the interpretation of experiments – which is to say, to our human-scale view of things."