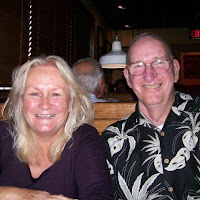 Colonel Walter King Wilson III was known as  a man of few words, but many names came to be descriptive of his life of devotion and dedication: "Walter," "Walt," "Weary," "Wilson," "Ish," husband, father, grandfather, and great-grandfather.. these are just a few.

Walt was born at the United States Military Academy (USMA), West Point, New York at Old Post Hospital on April 28, 1937.  West Point was always special to him as his birth place. and as his first family home.  His father (Walter King Wilson II, later Chief of the Army Corps of Engineers) was assigned as an Engineering instructor at West Point when Walt was born.  Following in his father's footsteps, Walt served as an instructor in the USMA Engineering Department from 1971 to 1975.  By all reports, this was a most enjoyable and memorable assignment.

After graduating from Nouasseur High School in Morocco, Walt attended Sullivan Preparatory School before joining the Long Gray Line.  As a third generation West Pointer, he graduated in 1960, following his father of the 1929 class, and his grandfather a member of the centenary class of 1902.  Walt was proud of his West Point heritage, but he also had a strong appreciation for his own individuality.  For example, on a few occasions, after returning from a time away from the Academy, Walt would announce that he was considering completing his education elsewhere.  How serious?  His roommates (Charles Coon, Tom Robinson) recognized an inner struggle. And, he remained!

Walt served in many Army Engineer assignments around the world and in the U. S.  These various assignments took him to the Far Eastern countries of Thailand, Taiwan, and Vietnam, followed by nine years in Europe, including Germany and the Netherlands.

Walt met his wife Barbara in 1958 in Pittsburgh and declared to classmates, while boarding the train to return to West Point from the football game, that he had met the girl he was going to marry.  And, following this fateful visit to Pittsburgh, he made it happen!

Another  important aspect of Walt's individuality during his West Point years, was a very notable creative talent. He taught himself how to play the ukulele, and his classmates were often entertained by his renditions of the popular music of the time, particularly remembering the musical, "Oklahoma!"   Another self-taught talent was a precise and beautiful performance of the Manual of Arms, with the M-1 rifles which we were issued.  Walt was also very much interested in military history, beyond the basic courses offered in military art.  His special interest was the American Civil War, and he was often found pondering various historical accounts and biographies of that era.  Photography was another interest.  Because of Walt's tutelage, a roommate (Charles Coon) discovered his own lifelong interest in photography.

It is not possible to properly remember Walt Wilson without speaking of his strong dedication to a wondrous family.  On the occasion of our 30th Class Reunion we were asked for a short summary of the highlights of the past 30 years.  While many classmate writings told of favorite assignments and various successes, Walt's profound brevity is here quoted:

The noteworthy events of my last thirty years are the eight young people listed above.  They each are a delight to know."

This amazing large family was indeed his primary legacy, and his gift to all of us.  Their successful  and caring engagement in life, now through four generations,  has made the world a better place.

Walt was survived by his wife, Barbara, the eight children listed above; eleven grandchildren:  Devon, Petra, David, Katherine, Rebecca, Hayden, Abigail, Benjamin, Zachary Sydney, and Grace; and four great-grandchildren:  Madison, Garrett, Gage, and Gabriella.  All of these persons must be named as we celebrate the memory of Walt Wilson.

Walt Wilson was buried with full military honors in Arlington Cemetery on July 16, 2008. 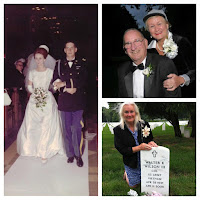 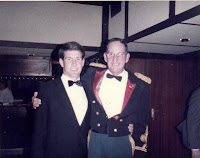 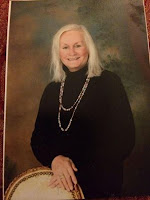 There is push from the class leaders to try to get more deceased classmate memorials for TAPS.  As you are aware, we have more than our share – 10 out of 24.  A list is below:
Fred Bidgood
Joe Felber
Jerry Lewis
Ned Losuito
Kim Mercado
Joe Skinner
Gene Wilson
Walt Wilson
Humphrey Windsor
Jack Yeagley

Joe Skinner and Ned Losuito already have memorial articles published but we need to try to get the others recognized and honored.  I have taken on doing one for Joe Felber with help from his widow, Punkie.  She provided an obituary and I blended in the 50 yearbook write-up on Joe.  I have attached it as a sample of what is expected.  I ran it by the class memorial article police and it passed muster albeit a bit short.  850  words is desired  (see writers guidelines) but AOG will accept shorter ones.  I am asking you to consider taking on the remaining 7.  Some of you know the widows/next of kin and it would be a good start to contact them to see if they will agree to cooperate.  If they can provide an obituary, you could do what I did by supplementing it with the 50 yearbook write-ups.  It wasn’t very hard and I actually enjoyed doing it for such a fine person as Joe.

I am also attaching the inventory sheet and guidelines for writers  as references.

Please let me know if any of you would be interested in doing this for our deceased classmates.  Share your response by replying to all.  C-1 is a laggard in this endeavor, probably near last place  so I am told.

I am trying to update the C-1 e-mail roster.  I am sure some of the addresses above are no longer valid.  I do not have e-mail addresses for Larry Reber, Oz Caldwell, John Birkholz, Tom Robinson or Fran Calverase.  Help me out if you can.

Navy WAS beaten, beat them again!