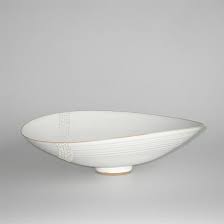 The program will consist of a Guided Meditation
and reflection:
"Meditation is what we are, not what we do."
(Rupert Spira)

"The separate self is not an entity; it is an activity: the activity of thinking
and feeling that our essential nature of pure Awareness shares the limits
and the destiny of the body and mind."
~~Rupert Spira

"It may seem that, due to the limitations of language, the word Consciousness (being a noun) may suggest that it is an object. However, Consciousness is not an object; it is that which is aware of all objects.

That would make it a subject.

However, even that is not true, because a subject distinct from its object, would also be some kind of an object.

Therefore Consciousness, or ‘I,’ is truly beyond the subject-object. The mind simply cannot go there, let alone adequately express it, because the mind is itself an object and has no access to that which is prior to itself.

So two alternatives are open to us: the first is to remain silent on the subject and just live one’s experiential understanding from moment to moment, expressing it in all one thinks, feels and does and secondly, to use the rather clumsy, abstract symbols of language as sensitively and creatively as possible in an attempt to express that which can never be truly expressed in words and yet is, strangely, the only ‘thing’ that is ever being expressed.

What is unique about the word Consciousness (and any of its synonyms such as peace, happiness, love etc) is that it points towards that which is not a noun or an object, towards that which truly is, in contrast to words such as ‘tree,’ ‘body’ or ‘concept’ which all point towards objects which are never actually experienced as such.

In this way it could be said that the word Consciousness (and any of its synonyms) is the only true noun because it indicates that which is real rather than that which is imagined.

Having said that, I am not advocating the use of the word ‘Consciousness.’ It is just one of many ways of trying to indicate the nature of reality which is beyond all words.

In that respect, to try to find a verb rather than a noun in very legitimate. We might say something like aware-ing, knowing (not conceptually), table-ing, chair-ing, laptop-ing, sky-ing, but even that is not really accurate…..sooner or later we fall silent!

“This perpetual longing for happiness—which can, by definition, never be fulfilled because that very search itself denies the happiness that is present in our own being now—condemns us to an endless search in the future and thus perpetuates unhappiness. It is for this reason that the poet said, “Most men lead lives of quiet desperation.”

― Rupert Spira, Presence: The Art of Peace and Happiness


At the back of the mind is a doorway with the words ‘I am’ written above it. First, turn towards that doorway; then walk through it. Turning towards it is an activity of the mind; walking through it is the dissolution of the mind. That dissolution is the revelation of our essential nature of ever-present, unlimited Awareness, the abode of peace, happiness and love.