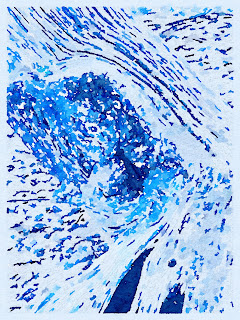 In November 1915, Albert Einstein presented his general theory of relativity to a bewildered Prussian Academy of Sciences in Berlin, the theory that revolutionized our view of the universe.

Einstein’s theory reframed the idea of gravity in a completely novel way, profoundly different from the then accepted theory, created by Isaac Newton in 1686. Newton’s theory worked beautifully describing a host of gravitational phenomena, from the orbits of planets and comets around the sun to the tides and the oblateness of the Earth. (The Earth is an oblate spheroid — that is, slightly flattened at the poles.) Rocket engineers still use Newton’s theory to calculate their paths to reach other worlds in the solar system. The theory only begins to fail when gravitational forces are extremely strong, far from our everyday lives. But its premise, Einstein discovered, albeit an excellent approximation, is profoundly wrong.

The exorcism of Newtonian gravity

At the very core of Newton’s theory is the notion of “action at a distance,” the assumption that any two massive objects will attract each other gravitationally instantaneously and without any direct action on one another. So, the sun tugs on Earth and on you without touching either. (By the way, you tug on them both as well.) And it does so with infinite speed (hence the instantaneous). When people asked Newton how could something act on something else without touching, his answer became a classic: “But hitherto I have not been able to discover the cause of those properties of gravity from phenomena, and I frame no hypotheses.” Very smartly, Newton chose not to speculate, given that he had no data to help him either way.

Smarter faster: the Big Think newsletter. Subscribe for counterintuitive, surprising, and impactful stories delivered to your inbox every Thursday

Einstein would have none of it. According to his special theory of relativity from 1905, nothing could travel faster than the speed of light, not even gravity. So, a disturbance in the gravitational force would have to propagate at most at the speed of light and never be instantaneous. Furthermore, by attaching gravitational attraction to the curvature of space, Einstein also got rid of the mysterious action at a distance. Space was stretchy, and gravity was a response to moving in this stretchy space, like a child that has no choice but to go down a slide.

Neither Newton nor Einstein nor anyone else for that matter knows why matter attracts matter. But Einstein’s general relativity did exorcise Newton’s ghostly action at a distance, turning gravity into a local and causal interaction. All was hunky-dory until quantum mechanics came into the game.

The return of “spooky action at a distance”

At about the same time Einstein was getting rid of gravity’s ghost, quantum mechanics was on the rise. Among its many weird behaviors, the notion of quantum superposition really defies our imagination. In our everyday life, when you are in one place, that’s where you are. Period. Not so for quantum systems. An electron, for example, is not a thing in one place but a thing in many places at once. This “spatial superposition” is absolutely essential to describe quantum systems. Quite strangely, the equations do not even describe this superposition of positions as an electron per se, but as the probability of finding the electron here or there once its position is measured. (For the experts, the probability is the square of the amplitudes of these quantum waves.) So, quantum mechanics is about the potentiality of something to be found here or there, not about where something is all the time. Until there is a measurement, the notion of where something is does not make sense!

This indeterminacy drove Einstein nuts. It was precisely the opposite of what he had found with his theory of gravity — namely, that gravity acted locally in determining the curvature of space at every point, and also causally, always at the speed of light. Einstein believed that nature should be reasonable, amenable to rational explanation, and predictable. Quantum mechanics had to be wrong or at least incomplete.

In 1935, two decades after his paper on general relativity, Einstein wrote a paper with Boris Podolsky and Nathan Rosen trying to expose the craziness of quantum mechanics, calling it “spooky action at a distance.” (The interested reader can learn more here.) He spent the rest of his life trying to exorcise the quantum demon, without success.

When one looks at quantum systems with two particles, say two electrons in a superposition, so that now the equations describe both of them together, they are in an entangled state that seems to defy all that Einstein believed in. If you measure the property of one electron, say its rotation, you can tell what the other electron’s rotation is — without even bothering to measure it. Even weirder, this ability to tell one from the other persists for arbitrarily large distances and appears to be instantaneous. In other words, quantum spookiness defies both space and time.

Experiments have confirmed that entanglement can persist for astronomically large distances. It is as if an entangled state exists in a realm where spatial distances and time intervals simply don’t matter. It is true that such entangled states are very fragile and can easily be destroyed by different kinds of interference. Still, few would deny their existence at this point. They may not have anything to do with folk-like explanations of synchronicity or déjà vu, but they do teach us that there are many mysterious aspects to nature that remain beyond our comprehension. Sorry Einstein, but quantum mechanics is spooky.