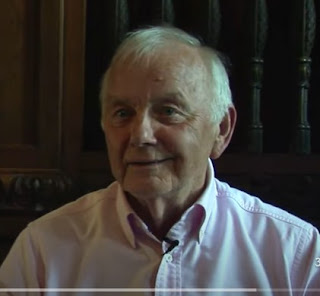 who found their voice after encountering the simple message of

Tony Parsons.  Often his influence is not acknowledged, and Tony

likely would find that non-acknowledgement demonstrates that

the message resonated!  It has been noted that his earlier speaking

and writing has been culled and simplified until the immediacy of

"nothing appearing as what is happening" is its entirety.  When

this resonates there is a sensitivity to the separation appearing

in all paths and practices.  The illusion of "I" or "me," in

conventional usage, as the practitioner, or searcher, with a shining

goal of wholeness just ahead, may be the message which Tony has

considerable "modern" claim.  So.. those who apparently participate

on the various "non duality" FB threads might delight in the

appearance of this seeming bell-ringer on many illusionary

paths. This is the story which arose as a result of Eve Reece's

(from Eve Reece..Facebook..The Whole World is a Stage..

Some words of praise of Tony’s (Tony Parsons) message written by Richard Harris. Thank you Mr. Harris!
“Throughout history of mankind’s search for the eternal truth there has emerged, every so often, a revolutionary and radical message that has transformed our whole perception of what it means to be alive.
Just such an event is happening in our midst at this time, and again it will only be heard by a few.
This living, vital communication is readily available. Its brilliant simplicity illuminates all that went before. Its essence is interwoven through the finer threads of every scripture but is overlaid with the dogma of the mind…and yet the boundlessness and vibrancy of its dynamic sweeps away all attachment to tradition, lineage and hierarchy.
Everything else today that purports to being a ‘spiritual teaching’ is absolutely not what is being communicated out of this perception. Even the recent abundance of so-called Advaita and ‘non-dual’ teachings are almost all still making a compromise with the seeker. They teeter on the edge of infinity looking for a way in. This message stands inevitably alone and apart, whenever and wherever it is communicated, and when it is really heard the fundamental and uncompromising difference is inherently recognized!
So here is a treasure in our midst, ready to be rediscovered. Here is the cup ready to be drunk. But, in the rediscovery we lose the seeking, we lose the dream, we lose all hope which is ourselves and what is left is priceless freedom!”
******
I must say “Bravo” to Mr. Harris, well said!