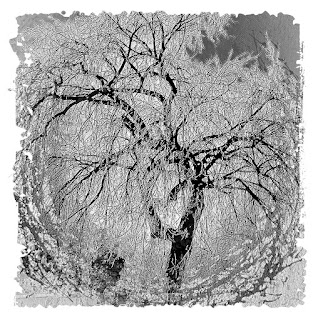 It appears that most prayers

God and of others..even when a

Unity is accepted through intellect..

Read or listen to most prayers and

Find the gaps and spaces..

The question for our time is how

Most simply..by recognition of That

In which prayers are rooted..which

Is a Presence never absent..still...

Swami Sarvapriyananda: "I'm one with you absolutely, I don't disagree one bit. But we must admit there's a vast number of people in this world who would not want to go so far, who would want to hold on to their individuality, and have God as an 'other', finding a distinction between God's being and our being, and set up a loving but dualistic relationship based on faith, and worshipping God. So where would you stand on this? Ultimately one has to come to the realization that 'I am Brahman', 'I am the infinite', for enlightenment and liberation."

Rupert Spira: "The dualistic devotion towards God is valuable. It weakens the ego. But it does not uproot the ego. In fact, for the ego to be truly uprooted - it cannot be uprooted because it doesn't really exist as such - but for the illusion of separation to be dissolved, this dualistic relationship between self and other (whoever that other is; whether it's a person or a God) must come to an end. Even from the point of view that the world is created by or emerges out of this magnificent, infinite God at a seeming distance from ourself, if the world is a creation of that and we as individuals are a creation of the world, then whatever the essence of the world is - which is God - must be the essence of what we are. So even if one follows the common dualistic idea all the way, one must inevitably at the end come to the realization that the being that I am is a localization of the only being there is. If we go deeply into the dualistic approach, there is only room for one being, there is only room for God's being. Sooner or later one must come to the realization that there is no self in me other than God's being. That to me is true devotion to God."