A new era.. (with Tony Parsons) 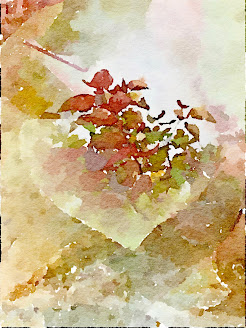 In these days of chaos

The externals we carried

Conditioning our lives are

Absent or do not satisfy..

"As the apparent story of human life on earth seems to move into a new era, it is interesting that a unique and surprising perception of the human condition has also simultaneously arisen.

When human beings appeared on earth they were like any other animal but with the addition of a more complex and sophisticated brain. This brain developed in such a way that part of it assumed that the world it inhabited was a separate subject object reality which it saw as possibly threatening its own survival. Consequently it constructed a centre, a self conscious identity, as a further investment in its survival and a possible influence in manipulating what it presumed to be a dualistic reality. This is apparently contracted energy arising in boundless energy.

Hence the sense of I, the self, the me, was born, together with the belief that it was real as was everything else that was happening. Out of this experience of separation arose a need to understand and to know the meaning and purpose of life.

Inevitably, this demand for guidance or meaning attracted a multitude of responses in the form of religions, philosophies, teachings and disciplines which could feed this personal, insatiable hunger.

Within all of this dualistic communication there was also an attempt to investigate the possibility of an impersonal explanation for existence which could be seen from a singular or so-called “non-dual” perspective. This kind of communication seems to have originated in the East with Advaita Vedanta, Lao Tzu, Long Chempa, Huong Po, Zen Buddhism and in the West, Christian mysticism.

However, all of these communications, without fail, directed their message towards personal choice and supported them with personal advice and teachings or processes intended to lead the follower along a path towards transformation. It was as though so-called non-duality was still seen as a state or a “something” that could be acquired and personally experienced.

More recently there have arisen some contemporary communications based on scientific and psychological evidence, logic and reason. They are abundant with complex and convoluted explanations, often accompanied by a set of contemporary commandments. All of this is directed to the self and confined to the limitations of a dualistic perspective, just like everything that went before.

However, it seems that a unique and radical communication has appeared very recently. Because it recognizes the concept of self as illusory and the idea of seeking as futile, it offers nothing of any use or value to the apparent seeking energy. All of the dualistic story of the person which is believed to be real and to have meaning and purpose, is only the appearance of nothing. There is no-one and nothing left but the singular immediacy of nothing apparently happening.

This seems to be the only revelation of unconditional love which engenders a resonance whilst also being unknowable."