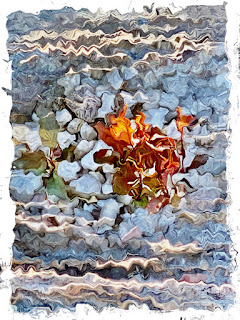 There is the thought
Of the soul..which fills
Troves of literature..
But might we say that
Soul seems to be the
Name which separation
Gives to that which is the
Divine orbit of the self..?
With the discovery of the
Not existing self..the
Soul acquires an
Infinite expansion to
The true Self...


Exoplanet
EKS-oh-plan-ət
Part of speech: noun
Origin: Ancient Greek, 1990s
1
A planet that orbits a star outside the solar system.
Posted by Charles Coon at 11:42 AM