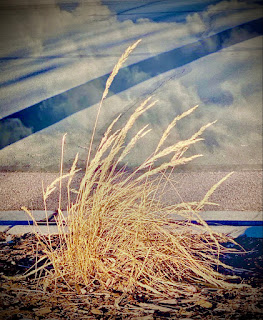 The point of welcoming or looking deeply is not to dispel suffering. It is to see clearly that the one who suffers is utterly non-existent. When this is clearly seen what remains of the suffering which revolved around and depended upon that non-existent one?
How can something that is non-existent be dispelled? If there is any sense that there is something to be dispelled the clear seeing is not clear enough.

Look again and see clearly that the separate suffering ‘I’ can never be found. And likewise see with absolute clarity that that in which all appearances of the mind and body arise (ie. Awareness) is always and already inherently free of suffering. Be that one knowingly. Take your stand as that.

Once it has been seen that the separate entity is a fiction, a belief, only these raw, mildly uncomfortable sensations are left. And they are appearing in and ultimately made out of this ever-present Awareness which is freedom and happiness itself. Be that knowingly and allow all this discomfort to flow through you.