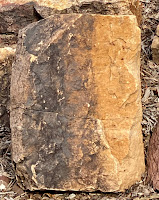 "Look around at the world, look at what human beings are doing to each other and to their planet. If you were an alien species visiting earth, would you look at human beings and think, "Wow, what an intelligent species! I want to know about their ideas! We would like to have a civilization like theirs."? Would the alien think like that? No! The alien would think, "What is wrong with these people!? Look at the way they treat one another! Look at the way they treat their animals! Look at the way they treat their earth!" ... And they would start exploring the fundamental ideas that inform the way we behave and relate with one another. They would trace back to this belief that dead inert stuff called matter gives rise to consciousness and that each of us are separate, limited, enclosed within our bodies, so we are all separate from one another, separate fragments and everyone and everything 'out there' is all separate. They would trace back the way we treat each other and our animals and our planet to this original idea."
~ Rupert Spira ~
Posted by Charles Coon at 8:19 PM