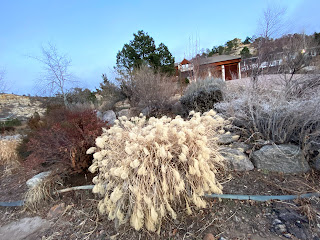 Getting someplace..
Here seems distant from there..
There appeals so we prepare
To go there..
Perhaps there is not geography
But a wish for something more
Again we prepare to journey to
Where our light is brighter..


"Behind most spiritual practices is the belief that you have to get someplace you're not- a destination called realization or enlightenment. But realization isn't someplace else; it's the naturally occurring human state. It doesn't belong to anybody. It's who we all are. Spiritual practices also set up many pictures of what this state looks like. For example, when I described how much fear was present, people told me the fear meant that something must be wrong, because fear was an indication that I wasn't in the proper state. But fear is just what it is, and it's there too in the vastness of who we are."

"Suffering occurs when something is taken for what it's not , rather than for what it is."

~ Suzanne Segal
from: Collision with the Infinite
Posted by Charles Coon at 7:13 PM