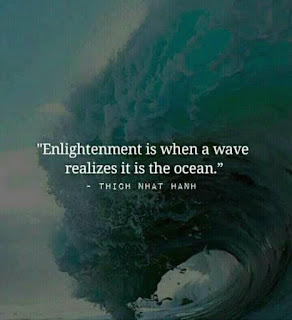 a silly question many will say
an interruption to things of importance..
the chair is the chair..now on to my
daily schedule..uninterrupted please..
however..after much searching to
satisfy desires..pausing with the question
might be finally reconsidered..finding that
an inbred belief in objects can be rattled
with attention to experience..telling of the
frailty of of such belief..
we experience in wholes..not in chairs
claiming their independence..
the chair reconsidered shows up as
perception temporarily..then perceiving..
a walking back to the Reality which
has been quietly waiting for
recognition..
those objects we knew before the question
now appear as they always appeared
but somehow now..satisfying the desires
we had painfully pursued...

RS:  There Are No Objects..
https://www.youtube.com/watch?v=HLMEgLjYJPI
Posted by Charles Coon at 8:55 PM