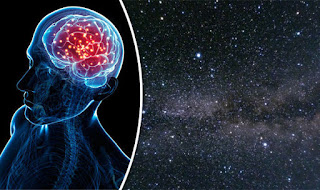 NOTE:  Here is  very interesting thinking by highly respected scientists that is validated by Afterlife paradigms.  Quantum science says you ALWAYS have existed and ALWAYS will exist.  Includes a short video by Sir Roger Penrose.   Dr Robert Lanza shares a similar theory.  (from my friend CharlieP)

He believes our minds exist through energy which is contained in our bodies and is released once our physical beings cease in a process he calls ‘biocentrism’.

As such, when our physical bodies die, the energy of our consciousness could continue on a quantum level.

Dr Lanza says that “there are an infinite number of universes, and everything that could possibly happen occurs in some universe”.

As a result, he theorises that the consciousness continues to exist in a parallel universe.

Dr Lanza points to the uncertainty principle – a 1927 theory from German physicist Werner Heisenberg which says that the velocity and position of an object can be measured at the same time.

The scientist stated in an article he penned for Huffington Post: “Consider the uncertainty principle, one of the most famous and important aspects of quantum mechanics. Experiments confirm it’s built into the fabric of reality, but it only makes sense from a biocentric perspective.”

for more:
http://www.express.co.uk/news/science/828324/Human-consciousness-universe-quantum-theory
Posted by Charles Coon at 4:37 PM