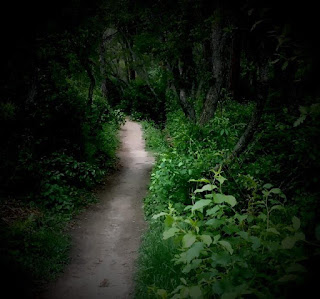 What is imperative about Universal Basic Income..?
(Mark Zuckerberg, Facebook CEO has suggested..)
Without this sustenance the planet's citizenry stays
immersed in the material, the seeming material, perspective
of the world.  The persistent illusion! (Einstein).  The
struggle for survival impedes evolution, impedes
self-realization, and delays the passing through the
portal which marks the end of the illusion of separation.
UBI is humane and compassionate, but more, the
hinderance of self-realization prolongs our collective
cultural blindness and suffering...

Mark Zuckerberg praised the Alaska Permanent Fund and used it as another platform to lobby for universal basic income, as he did during his commencement address to Harvard in May. The Alaska Permanent Fund was established in 1976 as the Alaska pipeline construction neared completion. According to CNBC, the "goal was to share the oil riches with future generations." From the report:
Zuckerberg says the state's cash handout program "provides some good lessons for the rest of the country." The dividend averages $1000 (or more) per person. "That can be especially meaningful if your family has five or six people," says Zuckerberg in a post he wrote about the payment. "This is a novel approach to basic income in a few ways. First, it's funded by natural resources rather than raising taxes. Second, it comes from conservative principles of smaller government, rather than progressive principles of a larger safety net," says Zuckerberg. "This shows basic income is a bipartisan idea." Fundamentally, Zuckerberg says people think and work differently when they have their basic needs met. "Seeing how Alaska put this dividend in place reminded me of a lesson I learned early at Facebook: organizations think profoundly differently when they're profitable than when they're in debt. When you're losing money, your mentality is largely about survival," says Zuckerberg. "But when you're profitable, you're confident about your future and you look for opportunities to invest and grow further. Alaska's economy has historically created this winning mentality, which has led to this basic income. That may be a lesson for the rest of the country as well."