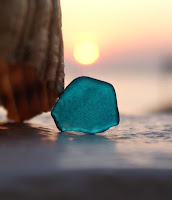 
What is like to embrace the faith that looms but is not quite realized- maybe it's engaging the imperfect sea glass that got caught up in the dark blue waves....

18 Alas for you who desire the day of the Lord!
Why do you want the day of the Lord?
It is darkness, not light;
19     as if someone fled from a lion,
and was met by a bear;
or went into the house and rested a hand against the wall,
and was bitten by a snake.
20 Is not the day of the Lord darkness, not light,
and gloom with no brightness in it?
21 I hate, I despise your festivals,
and I take no delight in your solemn assemblies.
22 Even though you offer me your burnt offerings and grain offerings,
I will not accept them;
and the offerings of well-being of your fatted animals
I will not look upon.
23 Take away from me the noise of your songs;
I will not listen to the melody of your harps.
24 But let justice roll down like waters,


Following are some discussion prompts for
use at the Wednesday evening Lenten program
this year at Broadmoor Community Church,
315 Lake Avenue, Colorado Springs, CO, 80906.
(Dates and times will be posted later.)

Here are some preliminary questions:
1.  What are the universal aspects of crucifixion/
Of resurrection?
2.  How does "Roll Down Justice! relate to the
Easter story?
3.  What is the difference between experience and
belief?
4.  What is the meaning of "I Am" (see the wood
carving above the sanctuary entrance!) in relation
to the Easter story?
5.  How do the lessons of the recently completed
"White Privilege" series at BCC tell the Easter
story?
6.  How does the Prodigal Son relate to the Easter story? 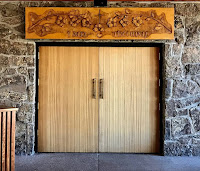 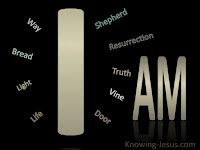 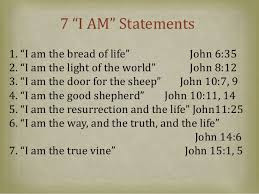 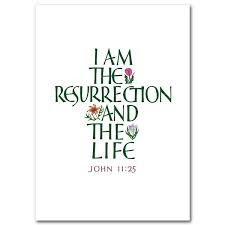 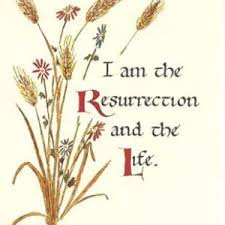 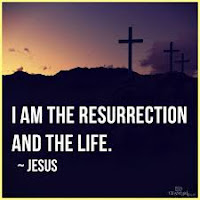 This carefully crafted ebook: "THE TEACHER (Spirituality & Practice)” is formatted for your eReader with a functional and detailed table of contents.
"You, who have heard the Call of The Christ, and have consecrated yourself and your life to the service of Humanity; You who have felt the Divine urge to give to others of the Spiritual blessings you have received; You, who have assumed the position of Teacher and leader to hungering Souls that have come to you to be fed;-- Hear this, My special Message, to you. You, beloved, are my chosen Minster. You I have selected to be an avenue through which I shall pour many blessing into the world.” – An excerpt from "The Teacher”
Joseph Benner (1872–1938) was an American author, Spiritual writer, and Representative of the Brotherhood of Christ who used the pen name "Anonymous." He was the first to introduce the Knowledge and Teachings of the Impersonal Life (also known as the "I AM" Teaching) to the world in his first book, "The Impersonal Life". Benner taught that Christ's proclaiming "I AM" indicated "the true spirit that resides in every human being."

“When you are aware that you are thinking, that awareness is not part of thinking.

It is a different dimension of consciousness. It is that awareness that says "I AM”
― Eckhart Tolle, A New Earth 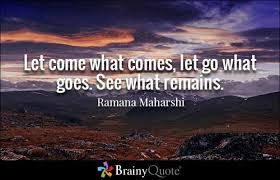 Known as "higher reasoning"
EXPERIENCE confronts belief..
Belief resides in separation
in life's suffering..and longing..
The separate self seeks a path
among religion's offerings..
Searching for beliefs..which fail to
loosen separation's strong grip..
A balm enfolds with EXPERIENCE
of wholeness..of oneness..of identity
as Awareness (I Am..)
This new recognition brings fear
to the self in separation's prison..
Fearful that its upholding belief
is dissolving in an infinite sea..
This resurrection EXPERIENCE...
~~CC

The Resurrection of Jesus
16 When the sabbath was over, Mary Magdalene, and Mary the mother of James, and Salome bought spices, so that they might go and anoint him. 2 And very early on the first day of the week, when the sun had risen, they went to the tomb. 3 They had been saying to one another, “Who will roll away the stone for us from the entrance to the tomb?” 4 When they looked up, they saw that the stone, which was very large, had already been rolled back. 5 As they entered the tomb, they saw a young man, dressed in a white robe, sitting on the right side; and they were alarmed. 6 But he said to them, “Do not be alarmed; you are looking for Jesus of Nazareth, who was crucified. He has been raised; he is not here. Look, there is the place they laid him. 7 But go, tell his disciples and Peter that he is going ahead of you to Galilee; there you will see him, just as he told you.” 8 So they went out and fled from the tomb, for terror and amazement had seized them; and they said nothing to anyone, for they were afraid.

The Shorter Ending of Mark


[[And all that had been commanded them they told briefly to those around Peter. And afterward Jesus himself sent out through them, from east to west, the sacred and imperishable proclamation of eternal salvation.[b]]]

This memory of our ever-present, unlimited nature is referred to variously in the spiritual traditions as awakening, enlightenment, satori, liberation, illumination,
nirvana, resurrection, moksha, bodhi, rigpa, kensho, etc. In all these examples, the same experience is being referred to: the relinquishing of the identication with everything that we previously considered inherent in and essential to our self. It is referred to in the Zen tradition as the Great Death, and is depicted in the Christian religion as the Crucifixion and Resurrection – the dissolution of the limits that thought superimposed upon our self, and the revelation of its eternal, unlimited nature. This awakening to our essential nature of ever-present, unlimited Awareness may or may not have an immediate and dramatic effect on the body and mind. In fact, in many cases, this recognition can take place so quietly that the mind may not even notice it to begin with.
Your Self, Aware Presence, knows no resistance to any appearance and, as such, is happiness itself; like the empty space of a room it cannot be disturbed and is, therefore, peace itself; like this page, it is intimately one with whatever appears on it and is thus love itself; and like water that is not affected by the shape of a wave, it is pure freedom. Causeless joy, imperturbable peace, love that knows no opposite and freedom at the heart of all experience....this is your ever-present nature under all circumstances.

In ignorance I am something; in understanding I am nothing, in love I am everything.

Rupert: This is the story of the Prodigal Son. The Prodigal Son reaches a place where he can no longer proceed. He is spent. There are no more possibilities within the realm of objects. His search collapses. That is, he spontaneously turns round. This is not a doing. It is the cessation of a doing. It is the cessation of the previous search for happiness in the realm of objects that sometimes spontaneously and effortlessly occurs as a result of despair or understanding.
Everything with which the Prodigal Son previously defined himself came to an end in that moment and he found himself facing the Father. However, it was the Father that came towards him and embraced him, not the other way round. That is, it is Consciousness that withdraws its projection of an apparent entity, not the apparent entity that moves towards or becomes Consciousness. ( for the entire Q & A, see:


Rupert Spira video...The remedy for the fear of death is very simple
https://www.youtube.com/watch?v=RlWKBiUt3SA

I Am is the Way, the Truth, and the Life
https://www.youtube.com/watch?v=Cl1uTkXOFqA 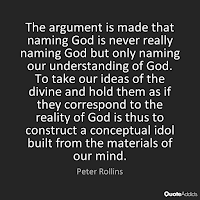 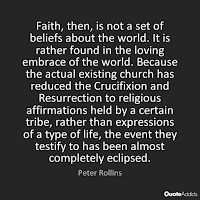 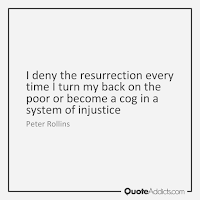 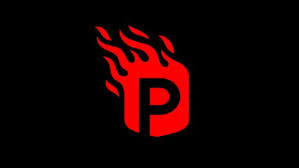 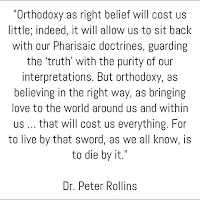 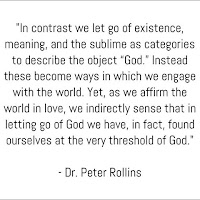 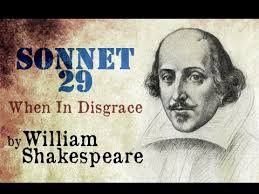 
TO LOVE IS TO DIE

One cannot know love while under the weight of self-centered opinions, demands, fears, desires, and partialities. One must willingly forfeit this super structure of the exclusive "me;" whose main vision is self-preservation through the manipulation of the outer and inner environment. It is in the deliberate sacrifice of this impulse, that enough space opens up for the flower of love to blossom whose perfume is Grace; which permeates and makes straight the dysfunctions of our life.
-Atreya Thomas 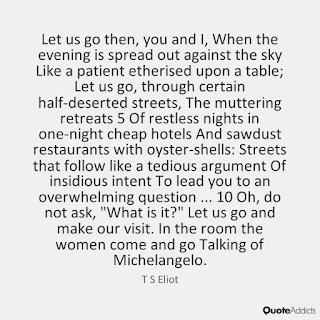 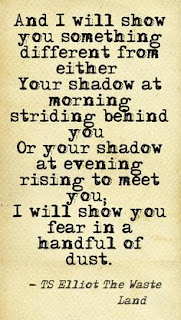 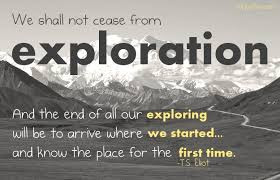 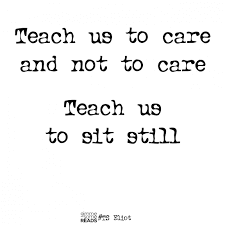 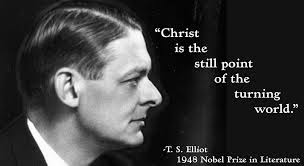 The Resurrection was first performed at the Abbey Theatre on 30 July 1934. Yeats had sketched the play's first scenarios in 1925, and worked on it intermittently for the next nine years. For the author, the work was a kind of study piece for communicating to a general audience his investigations into patterns of historical recurrence. In The Resurrection, Yeats asks how the avatar of a new era can be dramatized as a true anomaly, capable of revitalizing a declining civilization through the power of magic or miracle. The play takes the form of a series of questions and answers between three interlocutors (the Greek, the Hebrew, and the Syrian) as they confront the miracle of the risen Christ. As the play ends, Yeats emphasizes the political implications of miracle, which has the sublime and terrifying power to undo the existing but exhausted order and usher in a new epoch. ~~WB Yeats 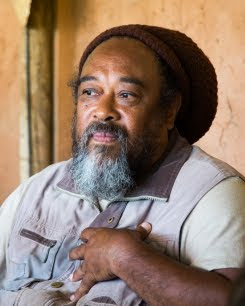 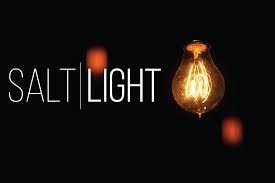 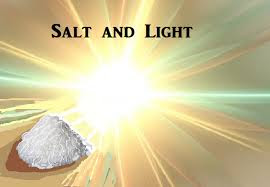 “If churches saw their mission in the same way, there is no telling what might happen. What if people were invited to come tell what they already know of God instead of to learn what they are supposed to believe? What if they were blessed for what they are doing in the world instead of chastened for not doing more at church? What if church felt more like a way station than a destination? What if the church’s job were to move people out the door instead of trying to keep them in, by convincing them that God needed them more in the world than in the church?”
― Barbara Brown Taylor, Leaving Church: A Memoir of Faith