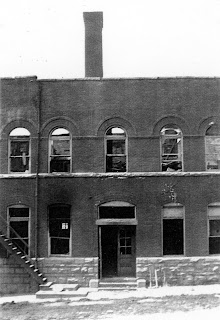 Why not live in this understanding, no longer requiring that you wait for all the supposed signs of ‘enlightenment’ to appear?

Until I was about 25 years old, I had no interest in spiritual matters and all I knew about them was what I had learned in religious education lessons at school.

Around 1985 I joined a fraternal order which sent me regular monthly lessons in mysticism and ‘universal law’.

After a couple of years I found it a bit stodgy and became interested in the teachings of a deceased Indian teacher offered, again, in monthly lessons, and also a guru-disciple relationship – even though he was already dead!

A couple of years and several spiritual techniques later, I was bored with it and happened upon a book by a western guru.  This book told me that I was already awake and needed no liberation.  The truth of what he was saying was obvious. However, he then went on, (in the next few years and over the course of quite a few books), to proclaim himself the world teacher and offered a guru-disciple relationship with those who were interested.

Well, I was having none of it, although over the following five years I read a few more of his books and just about every other spiritual book I could get my hands on.  But, nothing really cut it for me like this western guru’s book had done. Somewhere in me I knew it was true; that I was already awake and free but, I was still confused because I seemed to be just an ordinary bloke with all the usual sorts of problems that ordinary people have.

Anyway, I got sick of this guy’s stuff and everyone else’s and then I hit the Advaita scene.  I read everything by and about Ramana Maharshi, Jean Klein and Nisargadatta Maharaj and everything by Ramesh Balseker.

A lot of the confusion that I had felt before went.  I understood that all there is is Consciousness, but why did I still feel like a separate me?  What was the missing link?  If I was already awake and free then why did my life seem like a pile of dung?

In 1997 I read Tony Parson’s first book called The Open Secret.  I contacted him and he invited me to join a discussion at a private house in London.

I went along and sat in the crowded room and it became clear to me how much mystique I had built around the whole ‘enlightenment’ drama.

Tony looked like an ordinary man.  He spoke with humour and patience.  I listened to what he said in response to people’s questions and I was struck by the simplicity and clarity of his answers.  I went to more discussions over the next year and spoke to Tony on the phone whenever I could.

Well, as it happened, in September 1998 an event did occur.  I was gardening and it was drizzling with rain.  I looked up and there was a subtle sense of ‘me’ not being there.  I got on my bike and cycled around the lanes and it seemed like there was a movie going on without any effort needed on my behalf to be taking part in it.

Even though Tony had pointed out that no event is necessarily associated with the recognition of your nature as Consciousness, I had obviously still been subtly waiting for one because now that this event, or experience, was occurring I gave myself ‘permission’ to be awake.  I had been waiting for confirmation.

I rang Tony and excitedly explained what was going on and, having given myself ‘permission’ to be awake, I allowed myself to speak from the clarity of understanding that had already unfolded during the process of my seeking before the event took place.  I no longer related as a seeker to Tony and he recognised that I now spoke from my nature as Consciousness.

Now, having associated this experience with being awake, I started to get a bit precious about it.

I woke the next day.  Was it still there?  Yes!  Then, after a few days, I noticed that the experience was wearing off a bit, but a couple of days later it was full on again.  After a couple of weeks of the experience coming and going and of trying to hold on to it, I went to one of Tony’s discussions and the experience seemed to be re-charged by being there but then a few days later the experience disappeared altogether.  I didn’t say anything to Tony about it and I didn’t go to the meetings for a while. I felt confused again.

Then I happened to read a book called Collision with the Infinite by a woman called Suzanne Segal who, over many years, had an experience going on constantly.  After several years it was confirmed by certain ‘teachers’ that it was ‘enlightenment’.  Then she got ill and died, and, in the afterword to Suzanne’s book which was written by a therapist friend of hers, I read that near the end she had become confused and frustrated because the experience had left her.

The confusion was gone.  I knew what I am without any doubt and it was obvious that I already had been that all my life.  I no longer required any transcendental experience to prove it to me.

The whole of my ‘spiritual’ search had been added on to what I already am and I also understood why people are confused around this whole issue.  Why they confuse ‘spirituality’ with clarity.  This recognition of my true nature was not associated with any transcendental event or experience.  It was clear that a transcendental experience of any kind is easily confusing if it occurs before you recognise with clarity your nature as Consciousness.

It is obvious that the transcendental event that was experienced had nothing to do with clarity of recognition.  The occurrence of the event brought my confusion to a head and allowed me to see clearly how I had been subtly waiting for an event as permission to be what I already am.

I see now that no transcendental event has any significance in the light of the plain, ordinary, everyday clarity of what you really are.

You are Consciousness.  You are that in which all appears.  World, body, thoughts – all appear in you.  You are not to be found as separate from anything.  You are the source and appearance of all that is.  You need not go anywhere or do anything for this to be obvious.  It is the most obvious thing, yet we are always overlooking it, taking it for granted.

Right now you are Consciousness, appearing as a character in your play.  Maybe you think you need confirmation.  Forget it.  Relax.  You already are That.

I sought ‘enlightenment’ as an escape from what I saw as the problems, trials and boredom of ordinary life.  The ordinary life continues but is now seen in, and as, present awareness.  The ‘spiritual’ search is over.  Life is just as it is.