Centering Prayer based on Psalm 46:10:

Be still and know that I AM God

Be still and know that I AM

Be still and Know

How are you?
Concerns?

Future Glory
18 I consider that the sufferings of this present time are not worth comparing with the glory about to be revealed to us. 19 For the creation waits with eager longing for the revealing of the children of God; 20 for the creation was subjected to futility, not of its own will but by the will of the one who subjected it, in hope 21 that the creation itself will be set free from its bondage to decay and will obtain the freedom of the glory of the children of God.
22 We know that the whole creation has been groaning in labor pains until now; 23 and not only the creation, but we ourselves, who have the first fruits of the Spirit, groan inwardly while we wait for adoption, the redemption of our bodies. 24 For in hope we were saved. Now hope that is seen is not hope. For who hopes for what is seen? 25 But if we hope for what we do not see, we wait for it with patience.
26 Likewise the Spirit helps us in our weakness; for we do not know how to pray as we ought, but that very Spirit intercedes with sighs too deep for words. 27 And God, who searches the heart, knows what is the mind of the Spirit, because the Spirit intercedes for the saints according to the will of God.
28 We know that all things work together for good for those who love God, who are called according to his purpose. 29 For those whom he foreknew he also predestined to be conformed to the image of his Son, in order that he might be the firstborn within a large family. 30 And those whom he predestined he also called; and those whom he called he also justified; and those whom he justified he also glorified.

1.  What is the meaning these themes to you:  Pentecost, Holy Spirit, Salvation,
Hope, and Suffering?
2.  What do you know about Pentecost and the birthday of the church?
3.  How does the Holy Spirit move, or not move, in your life?
4.  What does Paul mean when he says that in hope we are saved?
5.  Do you agree with the idea of salvation "according to the spirit" rather than "according to the flesh?"
6.  If salvation comes by grace, why shouldn't people just "continue in sin in order that grace may bound?"
7.  What difficulties do you experience in studying Paul?

I don't think Paul ever intended for people to feel that their bodies are bad. After all, God took on a human body in Jesus! Paul does not use the word soma, which literally means "body." He is trying to introduce another idea and unfortunately uses a word that has caused untold confusion in Christian history. The closest alternative translation we could use might be the word "ego" or even the Freudian word "id." I think what Paul means by sarx is the trapped self, the small self, the partial self, or what Merton called the false self. Basically, spirit is the whole self, the Christ self that we fall into by grace. We are saved by a larger mystery in which we can only participate as one abiding member. The problem is not between body and spirit; it's between part and whole...(Richard Rohr meditation, April 10, 2015) 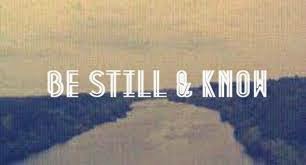