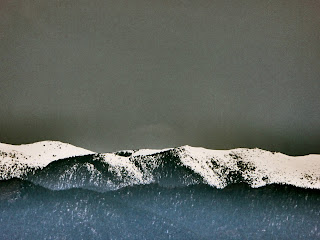 Essay: The Course in Miracles and the Advaita Vedanta

Guest September 19, 2011 Blog For Us!, Book Reviews, Essays
The Course in Miracles and the Advaita Vedanta: When Mystical Christianity meets Non-duality

“In order to find out who you are, You must disappear”. This is one of the most remembered quotes from Sri Nisargadatta Maharaj, one of the enlightened Masters in the tradition of Advaita Vedanta, a philosophy within the Hinduism that points directly to the “Self” as the source of “I am” the underlying field of awareness which is the primal field or source of creation. By realizing the Self, Advaita practitioners awaken to this unfathomable field of Awareness.

Advaita Vedanta teaches that is through a process called self-enquiry that the Self can be realized. Self-enquiry is encouraged as an inner process of enquiry or investigation in which the fundamental question is contemplated: “What am I?” Realizing the “I am” consciousness, according to Advaita is the sure path to unlock the mystery of existence and to unleash the indescribable gifts of utter Peace, Freedom and Joy in a pure state of Oneness.

Oneness is referred to as “Non-duality”, which in sanskrit is known as “Advaita”. This philosophy is contained within two jewels of the Vedic Scriptures: The Upanishads and the Bhagavad Gita. Both scriptures are available in English and some of the most handy translations are given by Eknath Easwaran.

In order to be established in the state of Oneness, according to the Advaita Vedanta one must awake to the pervading field of Awareness. For this to be attained, the Self must be realized. The Self is the essence, the primordial nature of “I am”, our true identity in other words. Similarly, in the Course in Miracles we learn that “the goal of the curriculum, regardless of the Teacher you choose, is know thy-Self”. …”There is nothing else to seek.”

But, what keep us from realizing the Self or from awakening to the Kingdom of Heaven? Identically, both teachings assert that the sole obstruction to that is the Ego, which is the false idea of what/who we are and through which we, for the most part, experience the world. Since for both teachings the ego does not really exist, because is just a thought powered by our belief system created around it in our minds, the ego can and it must disappear.

The disappearance of the ego for both the Advaita Vedanta and the Course in Miracles requires a resolved determination to undo and to unlearn all our dearest beliefs that support and sustain the ego existence. Mere curiosity, or scattered attempts to “question everything you learned about yourself” (from the Course in Miracles), will not be enough to dissolve the ego.

In order to go through the process of dissolving the ego, the Advaita Vedanta stresses the importance of finding a Teacher. In the Course in Miracles, the Teacher presents himself already as the “older brother” Jesus Christ.

The promise of both Teachings (Advaita and the Course in Miracles), is that the ego can be dissolved -It’s just a thought!- in an instant. Furthermore, the Course in Miracles explains that the notion that this is a “process” that “takes time” is but an Illusion because time is nothing but the outward projection of the Present into the future by the false idea that there are obstacles to learning that need to be removed “in time”. “Fear not this Holy instant in which you remember what you have always been”: -says the Course in Miracles-, Unbounded Truth beyond belief, timeless and changeless, free from the ego, indestructible and beyond measure.

Two clear paths that lead to one clear indivisible Truth by departing from a limiting and unbelievable ego. This is the heritage that Masters and Sages alike embodied and reminded us about and whose promise of attaining it is total Freedom from the World. Only one choice is to be made in this moment of now, says the Course in Miracles: “Would you be hostage to the ego or host to God -Truth-?”