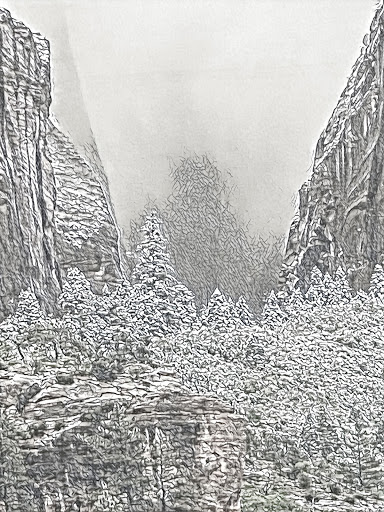 Seems to be at a fork in the road..

Whether to be a late blooming religion..or not..

As a religion there is the claim..stated in many forms

Of an offering for the progress of the dedicated one

Without this religious containment..the other fork

Recognizes that both forks appear as the balm

As more people listen to and speak of nonduality, it seems to happen that people with a sense of a separate self will adopt nonduality as a new belief system for the “me.” As Kenneth says, “it’s mostly taken on as another paradigm, another concept, and people say then 'I’m no longer a me.'” It’s easy for anyone to sound as if there has been a loss of separation. I receive messages every week asking how one can tell who is truly speaking from the perspective of separation and who has seen through it.

But this can only matter if there is something specific being offered, a path to somewhere and someone to get it. When this is seen, there is no one who has anything that someone else does not, as there is only what is always here. Whether nonduality is taken on as a belief or not, whether there is speaking from a perspective of no-self or a self deciding it is not a “me,” there is simply what is happening.

This is unknowable, and it is not in any one appearance more than any other. The distinctions between a true message and a false message, between “real” nonduality and “fake nonduality” disappear when separation disappears, and ultimately become as meaningful as asking which cloud in the sky is truly embodying “cloudness” and which one is simply pretending to be a cloud.