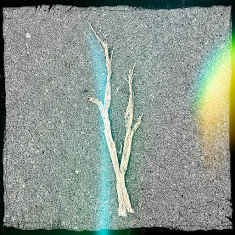 If we are not clear
then we must search..
Clarity beacons from
beneath the search
to end the search..
But beliefs and culture
interfere.. claiming
progress lies ahead..
So we double down
again not recognizing
the search conceals
the clarity we seek...

The separate self can abide in a library of spiritual books and videos, it can attend countless retreats and pay large sums of money to learn this method and this practice but in the heel of the hunt, all roads lead to a simple reality.
So simple it is unbelievable.
Our True Nature is That which is the experiencing of what is apparently happening Now.
It does not identify with any thought, concept, idea, perception, feeling or sensation. There is only the experiencing of all that arises and none of it is personal.
The separate self cannot learn this. The separate self cannot believe this. There has to be an experiential understanding of this and it can be initially very painful because all of the painful traumatic conditioning which has been denied must be looked at for the egoic identification with it to be dropped.
A clarity beyond belief arises when we abide in the Source.
When the finite body-mind is aligned with its True Nature it is a free and spontaneous expression of the Whole Self, without fear or guilt.
Only a separate self would doubt its self. Only a separate self would worry what others think of it.
Once the fear and guilt dissolves it is realized there is no other to blame or to judge it was all an illusion. All that exists is Love, Pure Awareness expressing it Self apparently in form.
~~Pat Nolan

But nevertheless, if we feel we are a separate entity, that position is by definition a position of "doing" and if we subscribe to the view that "there is nothing to do" we simply veneer a thin layer of non-dual belief on top of our deeper feelings.

However, if we come in whatever way to the understanding that what we essentially are is already that for which we were seeking, by definition, at that moment the search collapses. From that position, it is absolutely true that "there is nothing to do".

~~Rupert Spira
Posted by Charles Coon at 8:40 AM