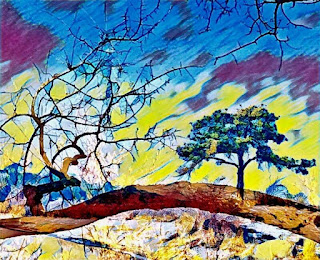 Do not lead us..changes to
Do not let us..
Lead and Let..
As in all such oppositions
we need to locate our perspective:
objective or subjective..
Objectively we are asking for assistance
in not being led or not letting
assuming the separation of the source
of assistance from our needing..
Subjectively we can realize:
there is no distance from the source
as we are the words on the page..
Any words may appear..lead and let
and others between..yet the page remains
undisturbed and whole..one with the words..
Lead and Let are we find dimming when
we realize we are the Page...