Halloween and Other Death Experiences! 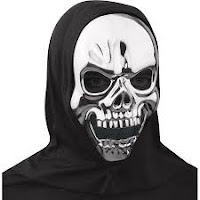 1.  What are your thoughts about Halloween?

2.  How does Halloween portray death?

3.  Why is the fear of death so prevalent in our culture?

5.  How do other cultures treat death?

6.  How many forms of death are there?

6.  What is Resurrection?  Reincarnation?

8.  How are Life and Death related?  In sacred writings?

7.  What can you say about mourning over death?

"The boundaries which divide Life from Death are at best shadowy and vague.
Who shall say where the one ends, and where the other begins?"
---Edgar Allan Poe

“My experience showed me that the death of the body and the brain are not the end of consciousness, that human experience continues beyond the grave. More important, it continues under the gaze of a God who loves and cares about each one of us and about where the Universe itself and all the beings withing it are ultimately going.”

― Eben Alexander, Proof of Heaven: A Neurosurgeon's Journey into the Afterlife

“Your time is limited, so don't waste it living someone else's life. Don't be trapped by dogma - which is living with the results of other people's thinking. Don't let the noise of other's opinions drown out your own inner voice. And most important, have the courage to follow your heart and intuition. They somehow already know what you truly want to become. Everything else is secondary.”
― Steve Jobs

"If a man considers he is born he cannot avoid the fear of death. Let him find out if he has been born or if the Self has any birth. He will discover that the Self always exists, that the body which is born resolves itself into thought and that the emergence of thought is the root of all mischief."
---Ramana Maharshi (Sage from India)

“To be, or not to be: that is the question:
Whether 'tis nobler in the mind to suffer
The slings and arrows of outrageous fortune,
Or to take arms against a sea of troubles,
And by opposing end them? To die: to sleep;
No more; and by a sleep to say we end
The heart-ache and the thousand natural shocks
That flesh is heir to, 'tis a consummation
Devoutly to be wish'd. To die, to sleep;
To sleep: perchance to dream: ay, there's the rub;
For in that sleep of death what dreams may come
When we have shuffled off this mortal coil,
Must give us pause: there's the respect
That makes calamity of so long life;
For who would bear the whips and scorns of time,
The oppressor's wrong, the proud man's contumely,
The pangs of despised love, the law's delay,
The insolence of office and the spurns
That patient merit of the unworthy takes,
When he himself might his quietus make
With a bare bodkin? who would fardels bear,
To grunt and sweat under a weary life,
But that the dread of something after death,
The undiscover'd country from whose bourn
No traveller returns, puzzles the will
And makes us rather bear those ills we have
Than fly to others that we know not of?
Thus conscience does make cowards of us all;
And thus the native hue of resolution
Is sicklied o'er with the pale cast of thought,
And enterprises of great pith and moment
With this regard their currents turn awry,
And lose the name of action... 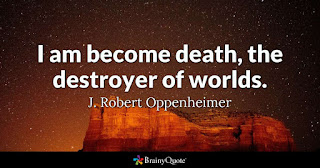