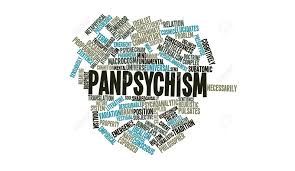 All -
Well..... here's a new one (the universe is conscious) and a very interesting one at that.  Does this make sense??  Maybe.  Quantum realities may offer some validation.
CP  (a friend!)


CP...I find it instructive in reading articles, such as this, to find what
exists first, Consciousness/Mind or Matter.  Panpsychism bases tits
theories and research on the assumption that Matter comes first, and
that Consciousness emerges from Matter.  This is the so-called
"hard problem" in physics or science.  The Consciousness-first
paradigm avoids all the complexities, expressedin this article, and
it agrees with our actual experience.  John Wheeler seems to come
closer, compared to the other scientists cited, to a Consciousness-first
explanation...CC


"MIND OUT OF MATTER

While Matloff looks out to the stars to verify panpsychism, Christof Koch looks at humans. In his view, the existence of widespread, ubiquitous consciousness is strongly tied to scientists’ current understanding of the neurological origins of the mind.

“The only dominant theory we have of consciousness says that it is associated with complexity — with a system’s ability to act upon its own state and determine its own fate,” Koch says. “Theory states that it could go down to very simple systems. In principle, some purely physical systems that are not biological or organic may also be conscious.” (from the link above)


"The late physicist John Wheeler concluded that the apparent oddity of quantum mechanics was built on an even grander and odder truth: that the universe as a whole festers in a state of uncertainty and snaps into clear, actual being when observed by a conscious being — that is, us.

“We are participators in bringing into being not only the near and here but the far away and long ago,” Wheeler said in 2006. He calls his interpretation the “participatory anthropic principle.” If he is correct, the universe is conscious, but in almost the opposite of the way that Matloff pictures it: Only through the acts of conscious minds does it truly exist at all."  (from the link below)