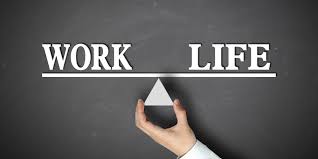 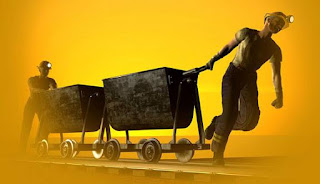 It looks like, as AI continues its inexorable advance, that within perhaps one hundred years, virtually all human work will be robotized.  is is actually a terrific, near utopian result. After all, work has been taken as an inevitable curse on humans ever since day one. It has always been viewed as the necessary evil that all humans were egregiously condemned to suffer —and hence, in many cases, we  end things like slavery, or attempt to outsource the evil task. And now it looks like technology will  finally end that evil once and for all. But the period of actually getting to that point, where virtually one-hundred percent of the population is free of work, will be a time of enormous pain for billions of people, as countless people lose their jobs with nothing to support them.  This is why Silicon Valley—who is, whether it admits it or not, working as fast as it can to put as many people out of work as soon as possible—takes it as a matter of uncontested faith that something like a guaranteed basic income for everybody will soon be put in place, which is almost certainly a necessary program. ~~Ken Wilber


Bloomberg (from Slashdot):
Finland's basic income experiment is unworkable, uneconomical and ultimately useless. Plus, it will only encourage some people to work less. That's not the view of a hard core Thatcherite, but of the country's biggest trade union. The labor group says the results of the two-year pilot program will fail to sway its opposition to a welfare-policy idea that's gaining traction among those looking for an alternative in the post-industrial age. "We think it takes social policy in the wrong direction," said Ilkka Kaukoranta, chief economist of the Central Organization of Finnish Trade Unions, which has nearly one million members. Since January, a group of unemployed Finns aged between 25 and 58 have been receiving a stipend of 560 euros ($600) per month. The amount isn't means-tested and is paid regardless of whether the recipient finds a job, starts a business or returns to school... Advocates say it eliminates poverty traps and redistributes income while empowering the individual and reducing paperwork... While limited in scope (it's conditional on the beneficiary having received some form of unemployment support in November 2016) and size (it's based on a randomly-selected sample of 2,000 jobless people), the Finnish trial may help answer questions like: "Does it work"? "Is it worth it"? And the most fundamental of all: "Does it incite laboriousness or laziness...?" The trade union argues this UBI program would cost 5% of Finland's entire gross domestic product, making it "impossibly expensive."


A warning from Bill Gates, Elon Musk, and Stephen Hawking


“The automation of factories has already decimated jobs in traditional manufacturing, and the rise of artificial intelligence is likely to extend this job destruction deep into the middle classes, with only the most caring, creative or supervisory roles remaining.” — Stephen Hawking

There’s a rising chorus of concern about how quickly robots are taking away human jobs.
Here’s Elon Musk on Thursday at the the World Government Summit in Dubai:
“What to do about mass unemployment? This is going to be a massive social challenge. There will be fewer and fewer jobs that a robot cannot do better [than a human]. These are not things that I wish will happen. These are simply things that I think probably will happen.” — Elon Musk
And today Bill Gates proposed that governments start taxing robot workersthe same way we tax human workers:

“You cross the threshold of job-replacement of certain activities all sort of at once. So, you know, warehouse work, driving, room cleanup, there’s quite a few things that are meaningful job categories that, certainly in the next 20 years [will go away].” — Bill Gates 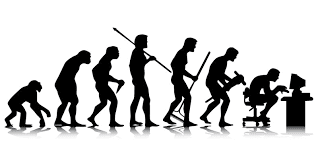