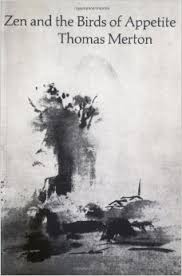 Zen is consciousness unstructured by particular form or particular system, a trans-cultural, trans-religious, trans-formed consciousness. It is therefore in a sense "void".
But it can shine through this or that system,  religious or irreligious,  just as light can shine through glass that is blue, or green, or red, or yellow.
If  Zen has any preference it is for glass that is plain, has no color, and is "just glass."


A century ago, at the beginning of the Great War, which Pope Benedict XV termed a “pointless slaughter”, another notable American was born: the Cistercian monk Thomas Merton. He remains a source of spiritual inspiration and a guide for many people. In his autobiography he wrote: “I came into the world. Free by nature, in the image of God, I was nevertheless the prisoner of my own violence and my own selfishness, in the image of the world into which I was born. That world was the picture of Hell, full of men like myself, loving God, and yet hating him; born to love him, living instead in fear of hopeless self-contradictory hungers”. Merton was above all a man of prayer, a thinker who challenged the certitudes of his time and opened new horizons for souls and for the Church. He was also a man of dialogue, a promoter of peace between peoples and religions.
~~~Pope Francis, Address to the U. S. Congress, September 24th, 2015