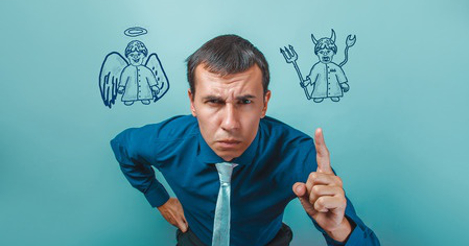 Copyright: maxximmm / 123RF Stock Photo
One of my personal mantras is “One God. Many paths.”

I’ve been surprised by the number of fellow Christians who not only disagree with me, but who are offended that a Christian (let alone a minister) might “legitimize” other religions.
I recently had this very discussion with a conservative Christian friend at our neighborhood bar. Yep, you read that correctly, conservative Christian at a bar.
His response to the idea that God may love and include people from other religions? “I am the way, the truth and the life. No one comes to God, but by me.”
It’s a frequently quoted scripture in discussions like this. Not infrequently, it is also accompanied by a look similar to one you might see on the face of a person who just victoriously squashed a spider.
I’m often stymied by this response. Not so much because it is a 2×4 across the forehead of Christian inclusivity, but because it is an interpretation of John 14:6 which requires such a compartmentalized, untextualized understanding of the verse that I hardly know where to begin in responding.
If I’m in a hurry, I sometimes take their own inclination for an “it says it right there” style of biblical interpretation and quote John 10:16 to them, “I have other sheep that do not belong to this fold.” Not infrequently, I also accompany it with a mirrored victorious look on my face similar to one you might see on the face of a person who just victoriously squashed a spider. If I am extremely fortunate, on that note, I can also victoriously rotate on my heel and walk away.
That’s actually how I handle it on a bad day.
On a good day, I’m more apt to take a little time and invite them into some thoughtful reflection on the text.
Here’s the thing: it turns out some Christians think that thoughtful reflection is hazardous to their faith – or maybe they simply believe thoughtful reflection is the opposite of faith?
My point here is this: if you choose route of thoughtful engagement, I might suggest some small degree of fear and trepidation in doing so – or, at least, informed caution.
One of the things I mention to them about the “I am the way” quote is that this particular statement from Jesus is meant for a specific person, in response to a specific question, within a specific setting in the Bible.
I then give that a minute to sink in. If the person no longer has the “I squashed a spider!” look on their face, I continue.
Jesus was talking to Thomas. On a somewhat related note, this is the poor guy who is frequently called “doubting” simply for doing the most reasonable thing when a dead person says they are not dead. He asked for proof. Basically, he was investigating. I actually prefer to call him “Inquisitive Thomas.” Which brings us back to thoughtfully investigating the text.
Jesus was talking to Thomas who, in an act of thoughtful investigation, had asked the question, “Lord, we do not know where you are going. How can we know the way?”
Shame on you Doubting Thomas! How dare you question Jesus! You faithless little… wait. Actually, good question. Yeah Jesus, how do we know the way?
Those who were there listening were Jesus followers, people of “The Way.” At some point, they became known as Christians. For Inquisitive Thomas and for all Christians, Jesus was saying, “Don’t worry. Everything is going to be alright. For you, I am the way. So, when I’m gone just do the things I’ve been doing and teaching you.”
It is simply impossible for me to read the rest of Jesus’ teachings about love and inclusiveness, and then read John 14:6 and conclude it is about excluding folks.
It just doesn’t fit.
I can’t hear the guy who picked someone outside the faith, a hated Samaritan, to show us what caring for our neighbor looks like saying, “Samaritans and anyone else who don’t worship me can’t know God.”
It just doesn’t add up.
A few verses prior to this, Jesus tells us that there are many, many rooms in God’s house. Taken within the larger teachings of Jesus, it sounds like there is literally room for everyone.
One God. Many rooms. Many paths.

Charles Coon
A much more powerful way of responding to the implied exclusivity of this statement is simply breaking the statement into two parts, the first part being "I am." These two words point to the Consciousness, Presence, or God which we are all seeking. There are 7 "I am" statements by Jesus, which are also exercises in Consciousness recognition. Simply experiencing I Am is all that is necessary, and is an inter-spiritual link to all religions. Simply, I am...!

Realist1234  Charles Coon
No, if anything the 'I am' is invoking the 'I am' of the Old Testament, ie Yahweh Himself. Jesus said similarly, 'before Abraham was born, I am' thus claiming to be the God of the Old Testament - his Jewish hearers knew full well what He was claiming about Himself and thus accused Him of blasphemy. Jesus really is the only way to God, as He is God, whether you believe Him or not.


Charles Coon  Realist1234
Thanks, Realist...however, I must disagree. My impression is that you are looking through a dualistic lens, which does not address Jesus' example for all of humanity, that we, like he, can actually experience Consciousness, Awareness, God, Happiness, Peace, and numerous other Qualities which begin with a Capital letter. Dualism is the old software, which might have worked in the church for centuries. But Jesus was a nondual teacher, and we need to download his new software, which is experienced Grace. Beliefs, which may have been useful in times past, are increasingly found to be deficient today...Thanks again for responding!

Hana - Marmota  Charles Coon
What do you mean by dualistic?
Personally, I can't think of any place in the Bible that would suggest what you say, if I understand what you say at all. I can think of places that suggest God can enter our lives and lift us to Himself, but no places that would suggest something like that could be done by "Consciousness" and that - what your words seem to be suggesting, anyway - we could enter God instead.
Basically, what I mean is, yes, we can experience all that, but we can't download the software, we're not the net admin. (Or something along those lines, I'm not perfectly versed in IT and English isn't my first language to boot.)


Charles Coon  Hana - Marmota
Hana...Download, I agree, is not the right term. The "software" is already within, and just needs recognition.
The Bible is written in words and language, which are by definition, dualistic. The limitations of language need recognition, for a deeper understanding. The traditional entry of duality in the Bible is the Tree of Knowledge, which is in the Garden of Eden story. This Tree could well be called the Tree of Duality. It is the beginning of the belief in separation. The Tree of Life, or Consciousness, however, has remained the non dual reality, which we need to experience. No separation, really, between the Trees. The Bible is an accumulation of many stories, which are all birthed by the Tree story! The Tree of Knowledge (Duality) is an illusion if considered as an independent reality. Sorry if this seems a bit heavy!