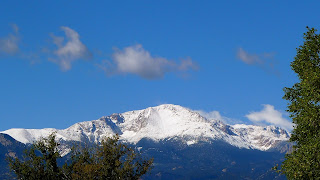 Haazinu
Deuteronomy 32:1-52
Print this Page
The greater part of the Torah reading of Haazinu ("Listen In") consists of a 70-line "song" delivered by Moses to the people of Israel on the last day of his earthly life.
Calling heaven and earth as witnesses, Moses exhorts the people to "Remember the days of old / Consider the years of many generations / Ask your father, and he will recount it to you / Your elders, and they will tell you" how G-d "found them in a desert land," made them a people, chose them as His own, and bequeathed them a bountiful land. The Song also warns against the pitfalls of plenty -- "Yeshurun grew fat and kicked / You have grown fat, thick and rotund / He forsook G-d who made him / And spurned the Rock of his salvation" -- and the terrible calamities that would result, which Moses describes as G-d "hiding His face." Yet in the end, he promises, G-d will avenge the blood of His servants and be reconciled with His people and land.
The Parshah concludes with G-d's instruction to Moses to ascend the summit of Mount Nebo, from which he will behold the Promised Land before dying on the mountain. "For you shall see the land opposite you; but you shall not go there, into the land which I give to the children of Israel."