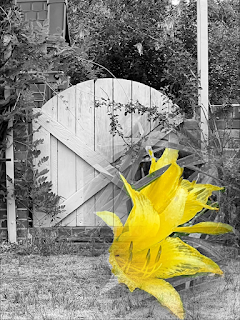 The inquirer seems to

For the "inquirer" there often comes the certainty that there is something that stands apart from appearances that's watching, but what's watching the watcher, and then what's watching that watcher? Isn't the watcher just another appearance? What is is self evident, it IS the knowing of itself. There is nothing separate that looks. The looker is an illusion, it is the imaginary self. It is the brain's handhold in its imagined world of separation.  YOU can never see that there is no looker because you ARE the dream of being it. When the looker goes it's the end of the road, the end of all seeking. The end of what was never there in the first place. It's a kind of a death, a death that you will never experience, because it's the end of you. No one left to stake a claim. No one left.

What's left when there is no one to stake a claim to what is? What is.