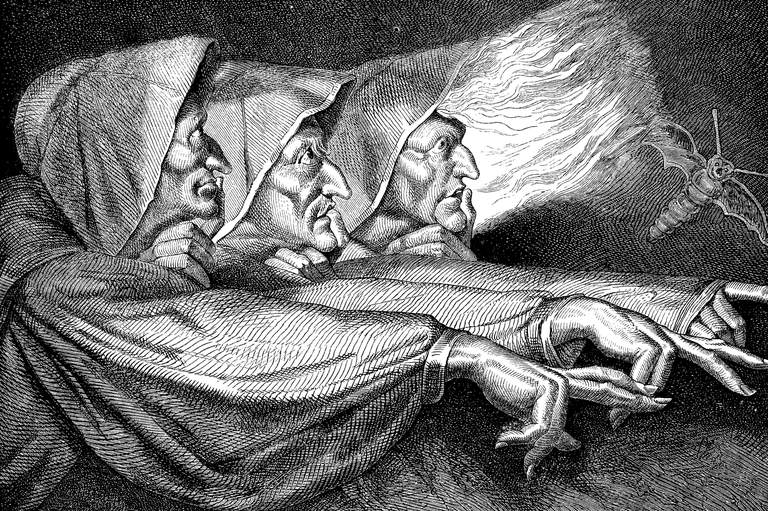 When shall we three meet again —

In thunder, lightning, or in rain?

When the hurlyburly's done,

When the battle's lost, and won...

Fair is foul, and foul is fair

Hover through the fog and filthy air.

The Witches' Question for Us

By giving the "Macbeth" witches their plot-pushing role in the play, Shakespeare is asking an age-old question: Are our lives already mapped out for us, or do we have a hand in what happens?

At the end of the play, the audience is forced to consider the extent to which the characters have control over their own lives. The debate over free will versus God's preordained plan for humanity has been debated for centuries and continues to be debated today.