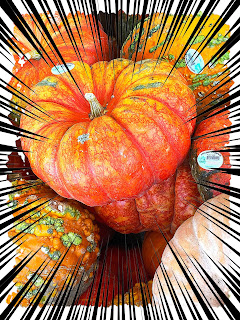 “The Box With The Key Locked Inside” - Richard Sylvester~

“It’s important to understand that this communication is completely impersonal. The seeing of liberation has nothing to do with the person. If there’s anybody here who feels that this is about the possibility of personal liberation or enlightenment, then as long as you’ve paid, it’s probably best that you leave right now.

It’s very difficult for the mind to get hold of this point about impersonality. What is being communicated this afternoon is about something which is ‘seen’ but it’s not seen by any individual. So there’s no suggestion here that you or I can become liberated, enlightened or self-realized. Where there is a concept or a feeling that this is personal, the individual who’s communicating this will usually be suggesting that they can do something about it for you, that they can somehow elevate you to a state that they have attained. Perhaps they can do this by divine transmission through you touching their holy feet, or drinking their bottled bathwater or worse, or they may offer to teach you spiritual techniques. We could practice spiritual techniques here but they wouldn’t have anything to do with liberation.

As soon as this message gets caught up with the idea that it is somehow personal and you have a guru-devotee relationship developing, you get a collusion set up. You have someone who feels that they would like to become enlightened going to a teacher who offers them that. The teacher says “Yes, I have achieved enlightenment and I can give that to you. Come and sit at my feet, drink my bathwater, do my meditation techniques.” You get a collusion between the devotee who wants to find an enlightened master and the teacher who wishes to present themselves as an enlightened master. They get together and pump each other up and that is when things tend to become very tricky. If we think that we can become enlightened, we may look for someone who is already enlightened who can somehow transfer their energy to us, whether through shaktipat or through some other means. So this is a totally impersonal seeing. Although liberation may be seen, it is not seen by a person. Although separation can be seen through, it is not seen through by a person. A character may be sitting in this chair reporting on this but that’s as close as we can get in language.

There is always impersonality but it is covered over by the sense of being an individual. Liberation is seen not when impersonality is gained but when the individual is lost.

This message is beyond mind or concepts or understanding. All we can do here is attempt to describe something and it will always be a failed attempt. We can share ideas about non-duality and somebody might go out of here having a very good understanding of it but that will have nothing to do with the seeing of non-duality. And there might be somebody down the road sitting in Hyde Park sunbathing this afternoon, who may have no ideas whatsoever about non-duality and yet suddenly there may simply be being. There may simply be sitting in Hyde Park but no one who is sitting.

Being is all that we are talking about today, simply being.

All I can offer this afternoon is to try to point towards liberation. We can never get there in words, we can’t even get close, but we can point towards the simple reality of what is, the simple reality of being. Let’s acknowledge that all we can do here is tell a story, just as we’re always telling stories about different aspects of being. Everything that we tell ourselves about the world and the purpose that we have in the world is a story. We tend to feel powerfully that we do have a purpose for being here. “Well, there must be something more than simply this! There just has to be! All of this palaver! All of these memories! All of this constant unreeling of thoughts! It must all be about something!” Our existence seems to have meaning and yet it is a story.

'The Book of No one'

The Book of No One “ – Richard Sylvester~

Q:You mentioned the confusion of cause and effect. Is liberation an uncaused event?

Richard: Everything is uncaused. Everything spontaneously arises and falls away. This mug of tea is uncaused. It’s a spontaneous mug of tea. But the mind looks for causation. When I talk about the confusion of cause and effect, I mean that this occurs within the story, within the dream of a person looking for a spiritual path. That’s where cause and effect get confused. One of the easiest ways to see that there really is no cause is to notice how a thought arises and falls away. And then how another thought comes and falls away. Thoughts arise without cause or significance, but if there’s a person there, that person may give those thoughts great significance.

Notice thoughts. No, It’s not a technique. That’s just how you heard it. It won’t do you or anybody else any good. It’s just a way of trying to explain that everything is uncaused. After all, this chair seems very solid so we may think “How can that be uncaused? Somebody made that chair.” I’m just suggesting that it may be easier to notice that thoughts are uncaused. It’s possible that, as you sit here, there may be a moment of no mental activity. Then it may be noticed that, totally uncaused, the next thought comes. That’s not a technique. It won’t get you anywhere.

No one’s here to notice it?

No one’s here to notice it and no one can get anywhere by noticing it.

Some people do, yes.

That’s a very attractive story. It makes sense to millions of people. But in a way, what does seeing that this is uncaused change? There is only Oneness and Oneness contains crap gurus, uncaused chairs and lots of stories.

I feel like judging lots of things because I know they’re crap, but on the other hand I don’t want to judge them because they’re all part of Oneness.

There’s nothing wrong with judging. You say “I don’t want to judge” and that’s fine. But judging is just part of Oneness.

I’m very judgmental. That’s what I wanted to hear.

Are you happy now? (Laughter)

You’ve got some ‘faults’. If we’re going to start listing my faults we’ll be here for hours. This particular personality can be highly judgmental, but I wouldn’t say that being judgmental is a fault. But remember that this communication has nothing to do with this character except for its flavor. I need to make some compromise with the story. I can’t live my daily life without compromising with the story. Your daily life is already simply being lived. You have never lived your daily life.

I’m a passive recipient of life? Life is living through me?

Of course. It may seem that you are doing something, but life is just living through you.

But I have to compromise in the story because I can’t live life thinking everything is uncaused.

Why not? Do you feel your life would stop if you didn’t compromise with that? It wouldn’t.

But sometimes people think that it would.

But why do you call it a story?

Words are difficult, but the word ‘story’ is an attempt to acknowledge that there does seem to be something going on. Phenomena do seem to arise. Saying that it’s a story, or a dream, or an appearance, is a way of trying to acknowledge that it’s both real and not real. Just as nothing is either permanent or transient, we could also say that everything is both real and unreal. It’s real in the sense that it does apparently arise. There’s no doubt about that. But it’s unreal in the sense that it’s seen in liberation that nothing has ever happened, nothing will ever happen and nothing is happening right now. There is also no ‘right now’ in which anything can happen. That’s why I call it a story, a dream, maya, a game, a play, an appearance. These are all words that try to express the perception that there appears to be something and yet there is only nothing.

The thought of death is very disturbing, though not so much when it’s the death of somebody I don’t know. Death seems to put me very much in touch with what you’re talking about. I can’t explain that intellectually but it’s a very clear sensation.

Our own death absolutely confronts us with the reality that this is a story. Other people’s deaths can also confront us with that. It is precisely the existence of death in the dream that makes so many of us make up these wild, wild stories about the things that must be achieved and the heavens that must be aimed for. For a person, death is quite a challenge, so to avoid contemplating its own annihilation, the mind makes up the most wonderful and bizarre stories about an entity that continues after death in some way. Nothing continues after death but that’s ok because nothing is continuing right now.”