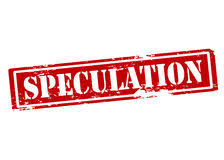 (below is an exchange on the
Google blog: Metaphysical Speculations)

speculation
is the use of the mind
attempting to discover what is possible
to discover..using the mind..
often there seems to be no sense
of limitation..as the endeavor
indefinitely moves
on and on..

One can be a hard-core Ontological Idealist and a practical materialist. Would not a fully-enlightened medititator who experienced a life-threatening auto accident want an ambulance to take her or him to the hospital emergency room?

I find the persistent either/or logic which is applied grandly and grandiosely across the question to be quite frustrating when, at any location less than the whole enchilada of M@L or God or the Ontological imperative, it is ALWAYS a question of both consciousness and matter and this is why Buddha offered as practical advice, The Middle Way.