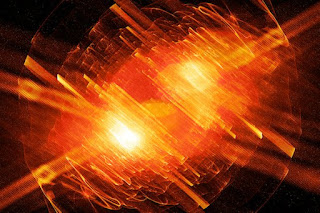 the counterintuitive branch of science
has been available for a century
telling us that reality is not
what we think it is..
in QM the observer plays a key role
who can now claim that each perception
(measurement has been the inadequate
scientific term)
creates the world..
if we clear our assumptions away
we might notice that our experience
has found our perception as creator
just now perhaps..but as true eons ago..
the cloud of possibilities
with the QM name of superposition
is the consciousness or awareness
which has always created within itself
and knowing the creation as made
entirely of itself..
we might say that there is only
the superposition
and the superposition in action
there being no other or world..
and we ask: who is this observer..?
QM has apparently pointed to
that observer as superposition
thus we gain access..finally..to our
own true  identity...!

As a matter of fact, peculiar statistical characteristics of the behavior of entangled quantum systems ... seem to rule out everything but consciousness as the agency of measurement.

That a superposition does not survive exposure to this world suggests, if anything, a role for consciousness in the emergence of a definite physical reality.

Now that the most philosophically controversial predictions of QM have—finally—been experimentally confirmed without remaining loopholes, there are no excuses left for those who want to avoid confronting the implications of QM. Lest we continue to live according to a view of reality now known to be false, we must shift the cultural dialogue towards coming to grips with what nature is repeatedly telling us about herself.        Excerpts are from: