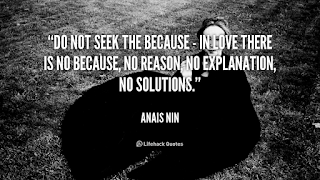 Your response to the following quotes..?

"As we explore the actuality of the body and discover directly that it is insubstantial, impermanent, and boundless, we find that many knotty problems dissolve into thin air along with the body. For example, there is much debate over which is primary, mind or matter, consciousness or the brain, and whether consciousness is limited to the body or whether it is prior to and beyond the body. Will it survive the body or die along with the brain?  Did the universe begin with matter, and did consciousness appear much later in the evolutionary process as a feature of complex organic life, or are evolution and matter dream-like appearances in consciousness? "
---Joan Tollifson (Non-duality teacher)

“How can a three-pound mass of jelly that you can hold in your palm imagine angels, contemplate the meaning of infinity, and even question its own place in the cosmos? Especially awe inspiring is the fact that any single brain, including yours, is made up of atoms that were forged in the hearts of countless, far-flung stars billions of years ago. These particles drifted for eons and light-years until gravity and change brought them together here, now. These atoms now form a conglomerate- your brain- that can not only ponder the very stars that gave it birth but can also think about its own ability to think and wonder about its own ability to wonder. With the arrival of humans, it has been said, the universe has suddenly become conscious of itself. This, truly, it the greatest mystery of all.”
― V.S. Rakmachandran (Neuroscientist)

“And I am sure that I never read any memorable news in a newspaper. If we read of one man robbed, or murdered, or killed by accident, or one house burned, or one vessel wrecked, or one steamboat blown up, or one cow run over on the Western Railroad, or one mad dog killed, or one lot of grasshoppers in the winter, - we need never read of another. One is enough. If you are acquainted with the principle, what do you care for a myriad instances and applications?”

"Why is it that there are various ways of seeing one object, or is it that we have mistaken various images for one object?

The confusion is apparent and purely verbal. What is, is. It is neither subjective nor objective. Matter and mind are not separate, they are aspects of one energy. Look at the mind as a function of matter and you have science; look at matter as the product of the mind and you have religion…Neither [mind nor matter] comes first, for neither appears alone.