Quantum Awareness
lurks behind words of
General Relativity
and arises in Questions:
What is aware
of this warping
of fabric..?
Is Awareness warping itself
with experience here
as gravity and objects
and time and space..?
Extreme warping
our minds name as
black holes
in which gravity
with its objects
time and space
these cognitions of mind
dissolve into the
flames of Now...
Our recognition at last
of our real Self:
Happiness and Peace
named here as
Quantum Awareness...

Following are excerpts from this excellent article, linked above,
by Gary Falk

General Relativity – still ahead of its time

A century ago Einstein sweated blood to give us his mind-bending theory of gravity. As technology caught up, his predictions were verified, one by one. Now only gravitational waves remain.

“I cannot find time to write because I am occupied with truly great things. Day and night I rack my brain in an effort to penetrate more deeply into ... the fundamental problems of physics.”
— Albert Einstein, in a letter to his cousin Elsa, 1914.

Beethoven spent more than 16 hours a day at his piano, sometimes composing four musical works at once. Immersed in his task, he would become feverish, often dousing himself with water that soaked through the floor into the apartment below.

Einstein had already achieved greatness. In 1905 he developed the theory of special relativity that wove space and time together into the fabric of the Universe and gave us E=mc2.

His eureka moment was to realise gravity worked by warping the fabric of space-time. Towards the end of 1915, Einstein produced his masterpiece: the general theory of relativity.

Einstein realised the effect of gravity is just like the effect of acceleration. When you accelerate, you feel a force that is indistinguishable from gravity – think of being pressed to the floor in a rising elevator. Moreover objects with different mass respond to gravitational acceleration in the same way. As Galileo showed, heavy and light objects fall at the same rate. The only possible explanation, Einstein realised, is that gravity isn’t a property of matter, but of space-time. For the next eight years Einstein laboured to express the details of the theory in mathematical terms. In November 1915, he captured them in four publications that defined his general theory of relativity.

The mathematical details are complex but, thankfully, we have a useful metaphor. No doubt Einstein would have approved – he made great use of metaphors. Imagine a bowling ball on a rubber sheet. The sagging is most pronounced in the area closest to bowling ball – this is the “warping” of space.

Perhaps General Relativity’s most remarkable prediction was the existence of exotic objects that warp space and time so severely that they become cut off from the rest of the Universe. If you saw the movie Interstellar, then you got to see one up close (or at least how we imagine they’d look). We’re talking, of course, about black holes.

Einstein foresaw that a black hole can warp space-time so severely that it becomes “cut off” from the rest of the Universe.
Black holes stretch space-time; they also stretch Einstein’s theory to its limits. One problem is the so-called singularity said to lie in the centre of a black hole. At a singularity, space and time are infinitely stretched. That’s both mathematically and physically awkward, to say the least. What can “infinite stretching” mean? And it gets worse. In the 1970s, Stephen Hawking applied quantum mechanics to the mathematical description of a black hole, and what he discovered was startling: black holes aren’t so black. Instead, they emit so-called Hawking radiation; given enough time, a black hole should completely evaporate away.

And then there’s the problem of dark energy. Discovered in the late 1990s it appears to be a force that acts in opposition to gravity, causing our Universe to expand at an accelerating rate. The Universe, it seems, obeys two masters – gravity and dark energy – and it may take another Einstein to make sense of the latter.

Will all this require a modification of Einstein’s masterpiece?

No, says Clifford Will. Fiddling with general relativity, he believes, would be tantamount to changing the Fifth Symphony. “General relativity is so unbelievably beautiful and simple – it’s in some ways the most perfect gravitational theory that you could possibly imagine,” he says. All of the alternatives he’s seen so far are “horrendously ugly by comparison”.

And so Einstein’s theory, like a Beethoven symphony, remains with us, 100 years on. We want to go further, but that would mean adding a violin theme here or dropping a few cello notes there; perhaps even writing a whole new movement – and that would mean messing with perfection. 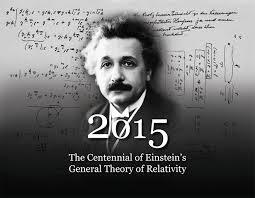