Are we a simulation? 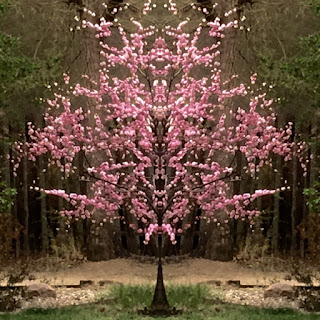 At the most recent Isaac Asimov Memorial Debate, [scientists gathered to address the question for the year: Is the universe a computer simulation? At the debate, host and celebrity astronomer Neil deGrasse Tyson argued that the probability is that we live in a computer simulation.] This is the crux of Tyson's point: if we take it as read that it is, in principle, possible to simulate a universe in some way, at some point in the future, then we have to assume that on an infinite timeline some species, somewhere, will simulate the universe. And if the universe will be perfectly, or near-perfectly, simulated at some point, then we have to examine the possibility that we live inside such a universe. And, on a truly infinite timeline, we might expect an almost infinite number of simulations to arise from an almost infinite number or civilizations -- and indeed, a sophisticated-enough simulation might be able to let its simulated denizens themselves run universal simulations, and at that point all bets are officially off." (Slashdot)

Are we a simulation..?

Not as astounding
as it may seem..
Consciousness rises
in the form
of mind
with body and world
made of mind..

Infinite Consciousness
not infinite time
contains the multitude
of possible simulations
to be made of Itself..

Each of us
as our Real self
named as Consciousness
dreams at night
perceives in day
the simulations
these our creations
arising...