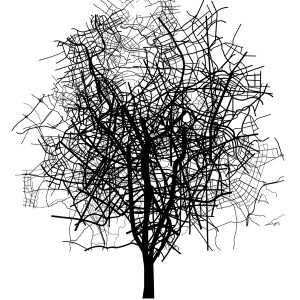 the afterlife
so much is said
speculation and hope..
after all of this
might new perspective
bring fulfillment Now..?
this mystery Now
claims amazing power
sculpting a modern
but most ancient tower..
Now diminishes rank
of our favorite tools..
space and time
stand subordinate to
the encompassing Now..
Now ever transforming
becoming the richer
when in-sights lift..
Now seems both
home and pathway
these two faces
creating each other..
Now.. removes that "after"
from worn afterlife...
Now is Life...?

The degree of wisdom that defined the palace the moment before now becomes the very corridor to the next palace of wisdom through which he enters the moment after. This is the way of Man - to evolve from one palace to another for all eternity.
Therefore, we do not have before us a corridor and palace. There is no gross, physical world that whose essence is only a means towards an end. Rather, we have before us a world of Wisdom that has concealed within it the wonderful quality of elevation. This is its aspect of the corridor and only because of this is it called the corridor.
Precisely because of this we see among the masters of the world - the Patriarchs - that despite the fact that they reached the highest levels that man can attain they did not separate themselves from Olam haZeh - our apparent physical world. Rather, throughout their greatness they were involved daily and for their entire lives. This was true to such an extent that we find [for example] that Jacob our Father, the “perfection of the Patriarchs”, was a shepherd for 21 years for Laban the Aramean. This was because through his greatness he “saw his world in his lifetime” and he discovered within everyday things, which appear to us so simple and external, peaks upon peaks of Divine Wisdom.
As a result, angelic entities were sent from above to teach him [the hidden mysteries] concerning the [coloring patterns of the] sheep - akudim, nikudim and berudim [the primordial worlds of "Bonded", "Pointed", & "Interconnected"]. To this day, generation after generation, when we stand in prayer we are dependent upon the merit of these [patterns that he engraved upon the sticks].
Also because of this, where the written Torah mentions the reward for the mitzvot, we do not find explicitly stated also the reward that is given after one's death. Because, if one does not “see his world in his own lifetime”, this is a loss for him, as opposed to the fully realized man whose corporeality has been shed and he has returned to his true divine form. This then is his true Olam haBah - his [endless] in-coming world [s] - now in the very present. And "Greater is one moment of teshuvah and good actions in this world than all the bliss of the coming world”.